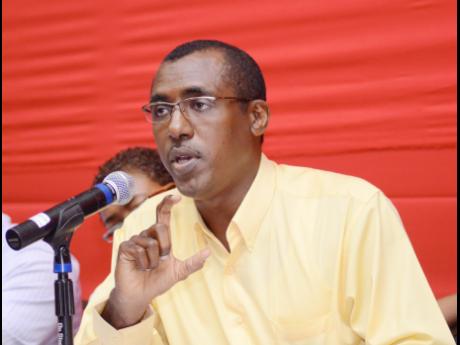 In four to five months, JMMB Group will face a near-$3 billion payout to redeem two of its preference shares now trading on the stock exchange.

The company appears to be planning a new fundraising effort, and will be asking shareholders to approve the issue of six billion new preference shares next month, but says it is still to be decided when those shares will be offered to the market.

"No decision has yet been taken at this time as to how many preference shares will be issued, when that issue would occur, and for what specific purpose," said CFO Patrick Ellis. "... Approval will be sought from shareholders for the issuance of a quantum of up to six billion preference shares, at a time in the future."

An extraordinary meeting scheduled for September 16 will be asked to vote on the resolution: "That 6 billion new fixed-rate cumulative redeemable preference shares be issue" with rights or restrictions to be decided by the board.

JMMB has four of preference shares on the market, with coupons ranging from 7.25 per cent to 8.75 per cent.

JMMB has been using preference issues for fundraising since 2007, when it tapped the stock market for $2.5 billion. Its last pref issue raised $1.47 billion in two tranches in 2013.