No reckless spending in run up to elections - Phillips 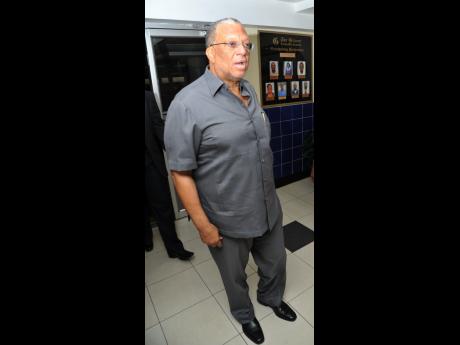 Finance and Planning Minister Dr Peter Phillips said the Government will not be spending irresponsibly in the run-up to general election to benefit constituents in return for their political support.

"Too often, what has happened over many years is that we have sought the illusion of instantaneous solutions, which have resulted in a worsening of our fiscal accounts, which have not delivered but has made the problem worse," he said.

"We think in time horizons, unfortunately, which have been too constrained by the time frame of political administrations rather than the longer time frame within which markets operate," said the finance minister, responding to queries on the possible effect on Jamaica's economic support programme with the International Monetary Fund (IMF) if a general election is held this year.

"So, despite the fact that even the blind can see that elections are on the horizon, we will not be engaging in any reckless unlocking of spending simply to satisfy a set of short-term ... needs," he told a press conference at the ministry's office at Heroes Circle in Kingston last Friday.

Earlier that week, co-chairman of the Economic Programme Oversight Committee, Richard Byles, reiterated that the finance minister "has given his pledge that there is no 'run wid it'

economics that he is going to sanction in respect of elections, and I'll take him at his word".

Former Finance Minister Dr Omar Davies made the infamous 'run wid it' statement after the 2002 general election, admitting to increasing spending on government projects to ensure re-election for the then ruling People's National Party.

The general election is constitutionally due towards the end of next year.

Byles suggested that the Government needs to be careful how it uses the added fiscal space the country has been given as a result of the recent buy-back of the debt it owes Venezuela for oil under the PetroCaribe agreement.

Referring to jobs which are usually created in the run-up to elections, he said that "if we use it to simply employ somebody for a one month, two months to do some temporary job, that has very little impact on growing the economy" in a sustained manner.

Rather, he said the Government could use that opportunity to put funds in a project that can grow the economy and provide meaningful employment.

"If they are not [going to do that], it is better that they use that fiscal space and go ahead and continue to pay down the debt even more rapidly than the IMF plan," Byles said.

Fiscal space is created by evaluating revenues from foreign and domestic sources, and then prioritising expenditures and improving their efficiency.