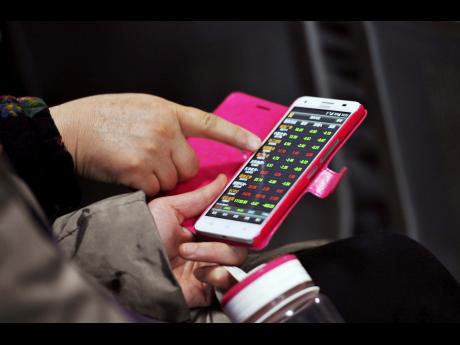 An afternoon surge on Wednesday gave the stock market its best day in close to four years, as stocks rebounded from a six-day slump.

The three major US indices dropped six days in a row heading into Wednesday on concern that China's economy is weaker than investors had previously thought. That was the longest market slide in more than three years.

The Dow fell about 1,900 points over that period, while the slump wiped more than US$2 trillion off the value of S&P 500 companies.

Wednesday was the second day that stocks staged a morning rally. A rebound on Tuesday faded in the final minutes of trading, with the Dow closing more than 200 points lower after having been up more than 400 earlier in the day.

Markets have been volatile since China decided to weaken its currency earlier this month. Investors interpreted the move as an attempt to bolster a sagging economy.

Traders are also jittery about the outlook for interest rates. The Federal Reserve has signalled it could raise its key interest rate for the first time in nearly a decade later this year.

New York Fed President Bill Dudley said on Wednesday that the case for a rate increase next month had become "less compelling" in recent weeks, which may have added fuel to the market gains. However, he also stated that the situation could still change before the Fed's next policy meeting scheduled for mid-September.

Investors were also following the latest corporate deal and earnings news. Technology stocks were among the biggest gainers.

"When you're in a market of high volatility, you tend to get big moves in both directions," said Randy Frederick, managing director of trading and derivatives with the Schwab Center for Financial Research.

The US Commerce Department said orders for durable goods, or items expected to last at least three years, rose two per cent last month after a 4.1 per cent gain in June.

Despite the increase, US manufacturers still face a host of problems from a stronger dollar to falling oil prices and turbulence in China, the world's second-biggest economy.

China's main stock market index has fallen more than 40 per cent since early June. On Wednesday, it fell another 1.2 per cent, following declines of 8.5 per cent on Monday and 7.6 per cent on Tuesday.

Brent crude, a benchmark for international oils used by many US refineries, rose 37 cents to US$43.57.