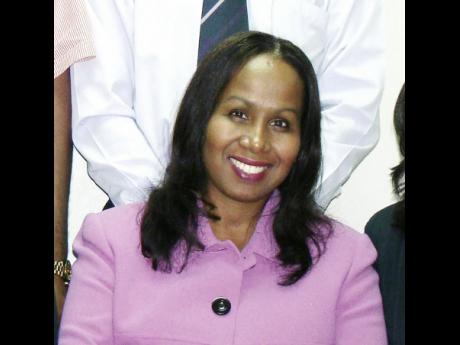 President of the Cambio Association of Jamaica, Heather Ferguson. 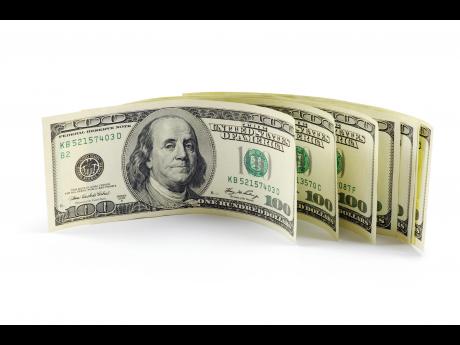 The cambio market is exploring full migration to non-cash means of surrendering funds to the Bank of Jamaica in a bid to get around banking restrictions linked to an aversion to money laundering risk.

Cambios, which are foreign exchange traders, are required to surrender 25 per cent of their cash intake to the central bank, which at the current US$3-billion value placed on the market, would amount to around US$750 million per year.

Normally, cambios lodge the cash with the commercial banks which then wire it to the BOJ. This arrangement will be terminated, effective September 8.

On Tuesday, cambio association president Heather Ferguson said the 63 operators in the sector were weighing a plan to replace cash-surrenders with non-cash options, such as wire transfers.

The cambios have six months, dating from August 17 to mid-February of next year, in which to finalise alternatives to the cash surrender arrangement, which BOJ has suspended to allow time to put new mechanisms in place.

The moratorium extends to even those cambios that already do non-cash surrenders.

During the six months, the cambios will be allowed to keep the 25 per cent of foreign exchange that they would normally surrender and sell it back to customers, BOJ Senior Deputy Governor John Robinson said on Thursday.

While cambios are required to surrender only a quarter of their cash intake, some operators sell most of their foreign currency to the BOJ.

They would normally transact the business through their banks.

However, the BOJ advised on July 28 that the cambios will have to find another way to meet the licensing requirement as deposit-taking institutions - which act as surrender agents by accepting funds on behalf of the BOJ - would no longer be accepting foreign currency banknotes from money service businesses or issuing foreign currency banknotes to them.

The Cambio Association of Jamaica says the shift in the cash-surrender policy is just the latest development in more than three years of upheavals that have forced the foreign exchange traders to amend their business models.

"We are under much stricture relating to anti-money laundering regulations," Ferguson commented.

In relation to the alternatives under consideration for cash surrenders, Ferguson said: "We are working on it in terms of finding non-cash solutions, including wire transfers and drafts."

Robinson also said the non-cash options under consideration include cheques, wire transfers and other instruments which may be negotiated.

Asked what those instruments were, Robinson declined comment, saying discussions were ongoing with the Cambio Association of Jamaica and the issue has not been settled.

Ferguson says the sector's 63 cambios process up to US$3 billion in transfers annually, representing around 40 per cent of the foreign exchange market. In 2014, cambios surrendered US$500 million to the central bank, she said.

Those cambio members who sell foreign exchange directly to the BOJ will be most affected by the change, she added, even while sounding optimistic that eventually the sector would find a workaround.

"Persons have been able to continue their business, but we are looking at other means to dispose of cash," said the cambio association president. "It's going to be a change in the way we do business, but the cambio segment remains viable in terms of trade."

Jamaican banks have been cutting ties with cambios and money-transfer companies since 2012 in order to satisfy their foreign bankers, who fear that such businesses may be vulnerable as potential conduits of fraudulent cash and other illicit financing.

Ferguson noted that the latest action by banks and the BOJ was a consequence of the decision by the Bank of America to stop accepting shipments of US dollars.

Robinson says the cash is shipped to Bank of America from the commercial banks, not from the BOJ. He said Bank of America is the only correspondent bank that has arrangements to deal with banknotes, and a reduction in the foreign bank's operations would affect all local com-mercial banks.

Foreign exchange buyers, he said, have other sources from which to purchase - the banks.

"I don't believe it follows that if traders are not available then the money is lost. It is an inconvenience, yes, but not a catastrophe," said the central banker.

"The [cambio] network offers convenience, completion and stability. It is not something we want to lose. On the other hand, we have to deal with the problem faced by local banks in dealing with their correspondent banks," he said.