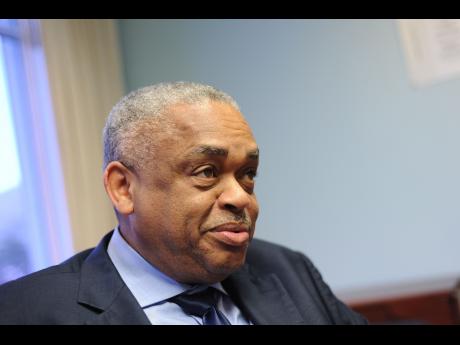 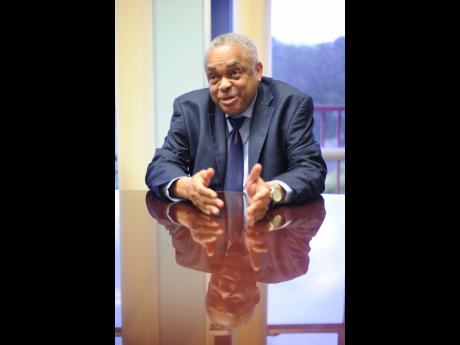 The Mona campus of the University of the West Indies (UWI) is leveraging assets owned in the form of land to overhaul infrastructure that is more than 50 years old and build new facilities.

Those projects are expected to help pay for themselves later through revenue from non-subsidised extra-regional students.

Principal and Pro Vice-Chancellor of UWI Mona Professor Archibald McDonald said Wednesday that the university has in blueprint some $100 billion in projects: $100 billion for Mona campus itself and a construction project for its western campus in Montego Bay estimated at US$170 million ($20 billion).

The agreement with Chinese Engineering and Construction Company (CHEC) was initially reported as a potential $40-billion project, but on Wednesday, when UWI signed the memorandum of understanding with the Chinese firm, Prof McDonald said the hospital component alone - which will build a virtually new hospital - would cost $70 billion, and that the indicative cost of the combined projects for Mona was about $100 billion.

Both initiatives are to be funded through public-private partnerships, with the Chinese investors fronting all financing. Payback will come from post-project revenue flow from the facilities.

UWI owns four separate properties in Montego Bay and its environs. They include land at Irwin, which will be sold; another 53 acres acquired from the owners of Barnett Estate, which will be home to new law, science and technology and social science faculties, among other offerings; and 12 acres in Hartmont, adjacent to the Cornwall Regional Hospital. The latter property is to become "a modern medical campus," Campbell said.

The Irwin property was donated to the school by government, but, being unsuited to its core needs, will be sold to help fund expansion.

The western project to be undertaken by COMPLANT Group is not connected to the CHEC project at Mona in Kingston, said Prof McDonald.

"The western campus is a separate project. We are negotiating with COMPLANT," said the university principal.

"The projected cost is US$170 million, with the same financing model. All of these entities will generate income. We will pay them back from the revenues," he added.

Proof of the university's ability to improve revenue, he said, lies in the quadrupling of medical students from 80 to 350, following the completion of a new medical school at Mona.

In Montego Bay, with the help of COMPLANT, UWI plans to move enrolment levels from the current 800 students to 10,000 students, of which a hefty percentage are expected to be full-tuition paying foreigners in search of a quality education.

COMPLANT, a company mainly involved in contracting and engineering in domestic and international markets, became an investor in Jamaica in 2011 with the purchase of three sugar factories in a divestment by the government of Jamaica.

The factories operated by COMPLANT subsidiary, Pan Caribbean Sugar Company, were sold for US$9 million with planned investment of US$156 million to follow.

McDonald said that the deal for the western campus was in the final stages of negotiation, unlike that for Mona, where the talks with CHEC are just about to begin.

Expanding on the subject of financing, Professor McDonald said: "Most of our model, which is now well known, is for the private partner to provide the financing for the construction and the equipping of the facility, then an arrangement is worked out with the university for them to get an expected return on their investment. In the negotiation [for Mona] that will be addressed."

The partnership that UWI has struck with local company 138 Student Living Jamaica Limited for development of student dorms, the real estate company will build, finance, and operate the units under a concession agreement.

McDonald signalled that the Chinese are unlikely to negotiate concessions.

"In most of these partnerships, because of the level of investment, the private partner wants to be involved in the management, but so far in our negotiation with the Chinese - not just CHEC, but other Chinese companies - they are not really interested in the management of the entity," said the UWI principal.

"What they are interested in is getting their return on investment," he added.

Prof McDonald said he expects work to be completed at Mona within two years.

The largest of the projects, the hospital, will change the pavilion-style design of the property into a more user-friendly operation, double the size of the facility and outfit it with new equipment.

A bigger teaching hospital, he said, would allow for the centralisation of services, such as cardiac treatment, which will allow students to improve their competence.

Improved lines of income are expected to come from the additional medical students that the expanded UHWI could facilitate.

"That's a big earner for the campus - medical students," he said.

"In terms of the hospital, there are also patient fees but we rely mainly on fees from students. We will attract students from the offshore schools in the Caribbean," he added.

UWI's medical fees, said McDonald, are likely to "be a significant portion of the money to be recovered. Then there, of course, will be the hotel," he added.

Housing at College Commons will include a "subset of houses which will be available to be rented out to high-level clients such as the embassies, and so on," the university principal said.