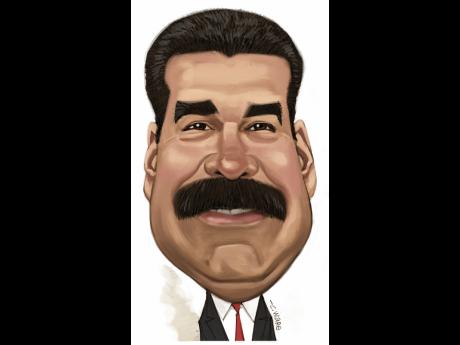 Venezuela's economic situation is dire, to say the least.

The country is a classic monoproducer, in the midst of a severe terms of trade shock, and on its way to hyperinflation.

It is difficult for any country to survive such conditions, no less one that has been so mismanaged.

Yet, not everything in Venezuela is visible to the naked eye. There are huge gaps in the macroeconomic and political picture. It is one of the least transparent countries in Latin America, and we often make assumptions about what sits within these gaps.

But, as was shown by Georges Seurat's paintings, our imagination fills the voids and creates a picture. Nevertheless, the image is far from complete.

Unlike Greece and Ukraine, Venezuela does not have a solvency problem. Its debt-to-GDP ratio is low, and the country is quite rich. It has the second-largest proven oil reserves on the planet. Geologists estimate that has huge oil deposits are offshore. It abounds with mineral and metals, plus it has an enormous agricultural potential.

It is undergoing the second-worst oil shock since PDVSA was nationalised in 1976. This time, however, the country is not undergoing a financial crisis or severe labour unrest.

The government is certainly squeezed. The fiscal shortfall is estimated at 20 per cent of GDP, with two-thirds of it financed through monetary expansion. This is what is driving the runaway inflation rate and the massive devaluation of the parallel exchange rate.

Inflation is said to be more than 12 per cent per month. Some think tanks estimate that prices are rising at an annual rate of more than 800 per cent y/y, but that's not the case.

What is out of control is the black market exchange rate. An app, called 'Dolar Today', posts the FX rate each day. It can be downloaded for free from iTunes.

The government has repeatedly tried to shut down and block the site, but given that it is an app, it is much more difficult to do. No one knows who runs the operation, or its veracity. Nevertheless, everyone abides by it.

The interesting thing is that the exchange rate is derived from transactions at the Colombian town of Cucuta, which is far away from the hustle and bustle of Caracas. The rate is more a reflection of the booming contraband business that still flourishes, despite attempts by the government to reduce it.

A new entity has entered the Venezuelan economy. Known as the bachaquero, it is the ultimate arbitrage player. Given the enormous number of distortions that abound in Venezuela, the bachaquero takes highly subsidised goods and sells them closer to market prices. The main example is gasolene, which is virtually free. A tank load of gasolene costs less than a penny.

The bachaquero takes the gasolene across the Colombian border and locks in a much higher price. The same goes with pharmaceuticals and subsidised trips abroad.

Almost all Venezuelans engage in some form of bachaquero, and today it is hard to find drivers or service people because they are too busy with some arbitrage operation.

Many are making more money than before, thus reducing the level of social tension. The real losers are salaried employees, but they are a small minority. Doctors, for example, make less than US$100 per month, and many CEOs are earning less than US$500 a month.

Unfortunately, the biggest winner is the military, which has become the largest bachaquero, and they are one of the reasons why there is so much inertia against reforming the economic system.

Fortunately, the government has a deep commitment to remain current on its external debt. The Chinese also have a big interest in making sure that Caracas continues to service its external obligations.

The bulk of the country's debt maturities over the next three years belong to PDVSA. However, if the company were to default, it would be extremely difficult to import the light crude that it mixes with the heavy crude that is extracted from the Orinoco basin. Without that light crude, the country would not be able to pump the heavily viscous sludge.

At the same time, Chinese goods have muscled their way into the country and the continent. Many of the Chinese loans are in renminbi - RMB - which Venezuela uses to import electro-domestic goods, telecommunications equipment and cars.

The Venezuelans also use the yuan to buy Argentine and Brazilian agro-industrial products. They, in turn, use the RMB to buy Chinese industrial goods. As a result, China is now the second-largest exporter to the region, recently displacing Europe.

Therefore, the Chinese do not want to do anything to imperil the economic system they built in Venezuela and across Latin America.

In sum, many of Venezuela's data points are troublesome, but filling in the gaps gives a more promising picture.