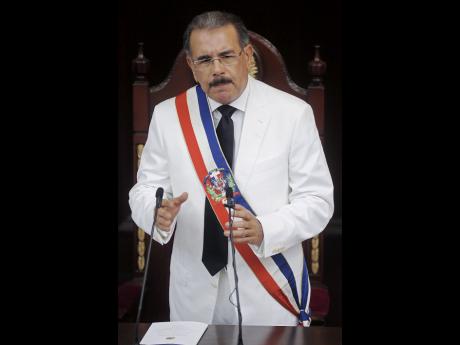 Mutual incomprehension perhaps best sums up the way in which the Anglophone Caribbean and the Dominican Republic presently regard one another.

Although in recent months the focus has been on the complex concerns surrounding Haitian migration and residence, the regional divide has much deeper origins.

As someone who has had the privilege for more than 25 years to work with the Anglophone and Hispanic Caribbean and knows many in politics, government, academia and business in both, it is clear that the pre-existing gap between perception and reality has widened over the last 18 months.

At the heart of the matter is the failure by both parties to understand how to relate to size: the Dominican Republic is large and diverse, and has a population of nearly 10 million compared to the fragmented 5.5 million living in the whole Anglophone Caribbean.

However, and perhaps more important, there is an absence of any deep or emotional understanding of the history of the other.

That is to say, their different various experiences of slavery, occupation, colonial rule, dictatorship, invasion, and culture and social structures, let alone how these have shaped national sentiment and the view of the world beyond.

When it comes to size, in much of CARICOM, there is a fear that the Dominican Republic may overwhelm the Anglophone part of the region through its success and drive if there were ever to be a full economic opening.

It is easy to see why there is this underlying fear. Dominican GDP has been growing rapidly with 4.8 per cent growth forecast for this year.

The country has demonstrated that it can out-compete the Anglophone Caribbean in sectors such as sugar and bananas - once thought of as the domain of CARICOM producers through their now long-gone post-colonial preferential arrangements.

Dom Rep's tourism sector is highly competitive, is growing rapidly, and is well on its way receiving by 2022 the 10 million annual visitor arrivals it projects. It can demonstrate that it is able to attract overseas investment from global manufacturing companies that can take advantage of the free trade opportunities on offer from both the US and Europe, and has a dynamic increasingly outward-looking business community with an interest in investing in the region and beyond.

There is the possibility that the country may in time become energy rich and a regional energy hub.

But at a much deeper level, there are in CARICOM other less-discussed concerns. There is a perception that the Dominican Republic is a country where most from the English-speaking part of the region would be culturally or socially unwelcome.

More recently, this stereotype has been reinforced by suggestions in the media that the country is an abuser of human rights, despite the extraordinary numbers of mainly previously undocumented Haitian migrants - 300,000 - it has absorbed and is now legalising for citizenship.

Unfortunately, the perception is often just as negative in reverse.

In the Dominican Republic, despite the proximity of the nations of CARICOM, they are seen as small, distant, socially incomprehensible, and struggling to overcome a post-colonial world view; all ideas fostered by the negative rhetoric used by the now long-dead former president, Joaquin Balaguer.

There is also incomprehension and anger that some in CARICOM speak about the Dominican Republic in the context of Haiti in ways that Dominicans find culturally and intellectually insulting, levelling accusations that those in significant positions find hard to reconcile with their pride, pragmatism and educated internationalism.

There is also a view, usually unspoken, that most in CARICOM have no idea what it is like to live next to the poorest country in the western hemisphere, to have porous borders, or to have once been subject to Haitian control.

The point is also made that CARICOM nations would not expect their constitutional order to be arbitrarily overturned, and has failed to be critical of those of its own members that have been taking tougher and sometimes judicially questionable actions on migrants.

None of this should be taken as an apologia for the many shortcomings of the Dominican Republic or for those within CARICOM who have failed to understand that globalisation has changed its world; nor is it to underestimate or set aside often passionately or morally held views on the subject of Haiti and the Dominican Republic that are vocalised in the region and beyond.

There will, of course, always be ultra-nationalists within the leading political parties in the Dominican Republic, as well as those in CARICOM who see short and longer-term political value in division and all but formally breaking relations, making the present impasse not easy to resolve.

Despite this, and beyond the high-level steps now being taken to try to effect a reconciliation with Haiti, there is a strong case for establishing a much longer-term approach that involves people-to-people contact, visits, understanding, and day-to-day information flows in ways that encourage dialogue and normality between the Anglophone Caribbean and the Dominican Republic.

This is not rocket science and could start, for example, with much improved media coverage, informal contact between leading members of the business community, and academic exchanges once key election dates in Haiti and CARICOM have passed.

There is already a base of contacts to build on. Some companies, notably in the Dominican Republic, Trinidad, Jamaica and the Eastern Caribbean and doing business with one another or have invested; the regional private sector organisations the West Indies Rum and Spirits Producers Association and the Caribbean Hotels and Tourism Association have for many years been fully integrated.

And it cannot be beyond the wit of newspaper proprietors who believe in the free exchange of information to reach some form of arrangement on carrying news and comment from both sides of the linguistic divide.

There are also many opportunities for longer-term private sector and government dialogue. There is the US$2 billion binational private sector Quisqueya development project which is intended to spur economic development across the Dominican-Haitian border to create employment and stability.

There may also be value in exploring new economic relationships that might be created between the economies of the Northern Caribbean as Cuba's dialogue with the United States develops.

The Dominican Republic is an essential part of the Caribbean region offering potentially huge economic synergies.

At a time of change, failure to find ways to heal the rift between Dom Rep and CARICOM would be an historic mistake.