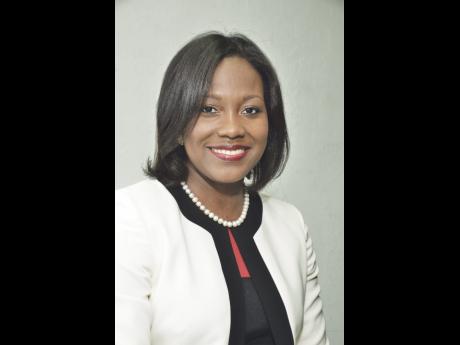 Josephine Bennett-Darmand, the chief financial officer of one of Jamaica's smallest commercial banks, has praised the move by the central bank to transition to a market-determined rate for repurchase agreements, or repos.

But the First Global Bank executive also sees a potential downside to the bidding process under the auction system to be introduced - it could potentially crowd out small banks, she says.

There is the possibility, said Bennett-Darmand, that large players may scoop up funds available at any one auction, leaving smaller bidders at a disadvantage.

liquidity to the banks as needed, including short-term repos of different maturity profiles or tenors that range from overnight to six months.

By the start of October, the central bank will require the banks to bid for funds issued under its two-week repo through an auction system. The central bank has said that liquidity needs vary but are in the billions. Two weeks ago, for example, the requests for funds under the two-week window was said to have amounted to some $10 billion.

Jamaica's commercial banking sector is valued at $827 billion by assets owned by six banks. Within that group, First Global is a minnow, with $42 billion of assets.

The big guns are National Commercial Bank Jamaica and Scotiabank Jamaica, respectively, with Sagicor Bank Jamaica in the third spot as a low- to mid-range player.

NCB and Scotiabank dominate the loans market, together accounting for 75.5 per cent, while on the other side of the ledger, they command a similar share of deposits - 74.9 per cent.

The repo operation is essentially a window for short-term loans, where, under its current structure, the BOJ determines both the price and the amount to be issued to banks needing short-term funds.

The auction will allow the banks to determine the price of the funds through bids; however, Bennett-Darmand is concerned that it may lead to the banks essentially competing for the funds.

"The potential risk is that the bigger banks could easily outbid the market to secure all or most of the funds in any one auction," she said.

She otherwise praised the moved, saying an auction system for the bi-monthly repo and foreign exchange may be aligned to a bid to move the Jamaican financial landscape to First World operating practices and "has the positive benefits of promoting transparency and a free-market system where the market determines interest rates and not the traditional method of the BOJ dictating the borrowing rates and foreign exchange rates".

She states optimistically that "when the market gets used to the mechanism, it would be the hope that all the players would bid relative to the market such as with the current T-bill auction system, and so funds would be allocated accordingly, thereby allowing smaller banks such as ourselves to access funding through the BOJ that is relative to the market, which currently has not been the case".

BOJ senior deputy governor John Robinson has said that the central bank will be reaching out to the bankers to explain the new auction system ahead of its launch.

BOJ is also weighing an auction system for the foreign exchange distributed to primary dealers during its US dollar market interventions. A launch date is to be determined.