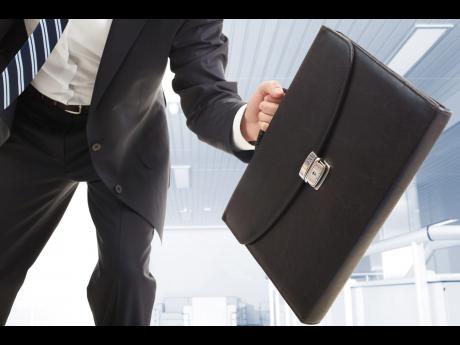 third, coal and copper off by more than a quarter. Even prices for wheat and corn have fallen by more than half in two years.

Pimco's largest raw materials fund, the Commodity Real Return Strategy fund, has lost a third of its value over the past year. That's after a rocky 10 years, during which the fund rocketed as high as 30 per cent and plunged as much as 60 per cent.

Why they're falling now: Too many companies pulled too much out of the ground before the financial crisis. China's massive stimulus programme fuelled even more drilling and digging.

With the big investments already made, companies figure they might as well keep pumping oil and extracting ore. Investors speculate that supply may overwhelm demand for a long time yet.

Small drillers and miners are starting to go out of business as prices fall below their cost of production. That should ultimately squeeze supply and lead to prices stabilising.

The commodity glut is hardly a secret, so prices may already reflect it. Market strategists at Northern Trust wrote in a recent report that prices are looking more compelling, and recommended that investors consider the Morningstar Global Upstream Natural Resources fund, which contains 120 commodity producers.

They like the fund's exposure to food giants such as Bunge and Archers Daniels Midland. It's not for the timid, though. The fund is in the middle of a three-year losing streak, capped by a 19 per cent drop in the last three months.

In fact, these investments may need five to 10 years before they become truly attractive, says Rudolph-Riad Younes, a portfolio manager at R Squared Capital Management. Buying now is "a loser's game".

Enticed by higher interest rates than in the United States, investors ploughed into emerging market bond funds in the aftermath of the 2008 crisis. Warnings that the US government would struggle to pay its rising debts added to their appeal.

Governments in Brazil, Turkey and other developing countries had scaled back their borrowing, and with their economies expanding rapidly, it seemed they would have no trouble making their payments. In the four years after 2008, the amount of money these bond funds had at their disposal tripled to US$77 billion.

Brazil and Russia have fallen into deep recessions, and emerging-market currencies have plunged around the world. The sorry history of emerging markets suggests a wave of corporate defaults, a jump in inflation and rising political instability as anger spreads on the streets.

After the Asian financial crisis, student protests in Indonesia, one of the hardest hit countries, helped depose the country's ruler after three decades in power.

These countries are better prepared for financial shocks. They have lower debt burdens than many developed countries, and have built up foreign reserves to defend their currencies.

"You would have seen social instability and bank runs" in previous years, says Samy Muaddi, a portfolio manager at T. Rowe Price. "But that's not happening today. I take it as a positive sign."

Just 2.3 per cent of emerging-market companies, that rating agencies consider the riskiest, missed a payment so far this year. That's just a hair above the 2.2 percent default rate for similar US companies. That default rate could jump, of course, but investors get paid more to take that risk.

According to Barclays Capital, emerging market bonds are yielding 5.7 per cent, a full percentage point higher than a year ago.