Long Pond may sit out next crop 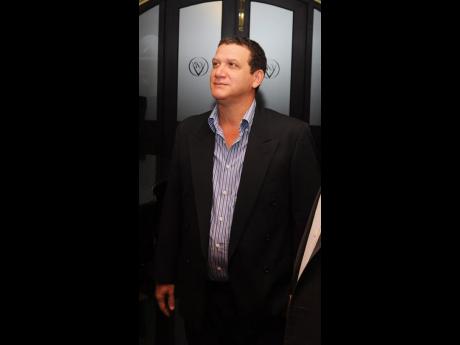 Given the timing, the Long Pond sugar factory may not be ready for the next sugar crop, which kicks off in December, according to CEO of Everglades Farms Andrew Hussey, even as talks continue on the future of the asset.

It would take months to prepare the plant to ramp up, he said.

At the top of August, Agriculture Minister Kellier directed a task force to review operations at the factory and come up with workable recommendations in short order.

But Hussey said that since then the communication lines have gone silent, creating uncertainty for Everglades, the owner of the sugar factory. Long Pond has been shuttered since June, when the last crop year ended.

"There has been no real concrete information forthcoming to us so the sugar factory is in a state of limbo. My fear is that the customary out-of-crop repairs that normally takes place from June to December; that time is lessening and there may not be enough time to even do enough meaningful repairs even if the decision is to continue." Hussey said.

Wednesday Business was advised that Kellier's task force has visited the Everglades operation and are now weighing the available options to keep the factory going.

"The information coming back is that 'we working on it', (but) the time is going and every week we hear that 'Monday we are going to make a submission to Cabinet', but that's now three Mondays that I've heard the same thing," Hussey said.

Everglades is a privately owned entity run by the Hussey family. They took over the operations of the Long Pond and Hampden Estates in 2009 after the factories had suffered under FINSAC, ended up in Government hands , attracted private-sector involvement then ended back with Government. Hussey says that they pumped more than $2 billion into both factories.

This involved retooling and replanting acreages that was lying fallow.

Hussey said roughly a half of the money - US$10 million - was spent directly on the factory itself in a bid to upgrade the equipment and make operations more efficient.

The Hussey family was otherwise said to be weighing their options for the factory for some time. They were contemplating shuttering the Long Pond permanently while continuing the production of rum at Hampden.

When word of the Husseys' deliberations reached Minister Kellier, he is said to have reminded the family that any contemplation of closure has to involve the agriculture ministry.

Hussey, in confirming the intervention, said Everglades has done its part.

"They wanted us to have consultations, rightfully so, before any major decision is taken. We've had that consultation but no further information is coming forward," Hussey said.

Sources also told Wednesday Business that hard questions were asked of the privately run Everglades, and a request made for the company to open its books to scrutiny.

Hussey says Everglades gave up all the information requested, and that it was now time for the Government to indicate its position so that the parties can determine the next course of action.

"We laid on the table to the minister our current and projected financial situation and the decision was that the numbers were so dismal going forward that it made no economic sense to continue," Hussey said.

Everglades itself expects even greater challenges for Long Pond and the sugar market in general with the expected reduction in price paid for Jamaican sugar with the phasing out of the European Union sugar protocol. Prices are expected to drop by about 33 per cent in 2016.

Hussey feels more should have been done to shore up the ageing sugar factories.

"I think it is a bit short-sighted to support small farmers in one sense and not support sugar factories. Sugar factories have a far way to go, not just Everglades ... the factories are in need of major retooling," he said.

The Everglades CEO said the bulk of the $2 billion invested in the factories was borrowed from National Commercial Bank Jamaica and Sagicor Bank Jamaica.

"The commitment still stands and we're in discussion with our banks with a view to restructuring. To honour those loans going forward is going to be very difficult but we are committed to it," he said, adding that the family would be looking to their "other businesses to honour those loans". The Husseys interests include gaming lounges as well as the Terra Nova hotel.

Closure would mean that more than 270 farmers producing cane for the factory would lose income and that the jobs on those farms would be at risk.