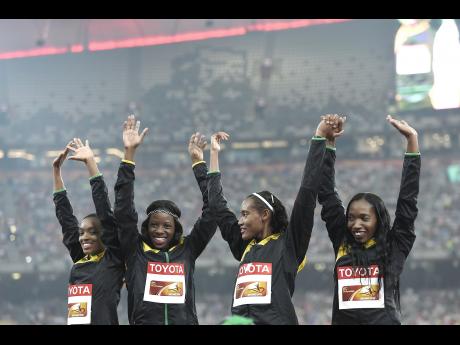 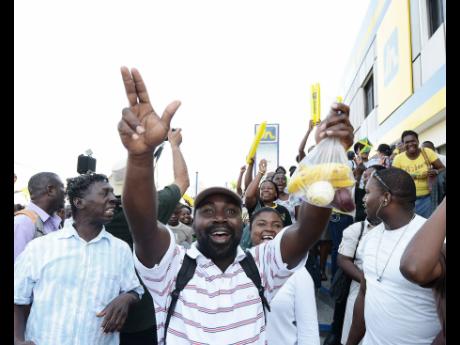 Ian Allen
... Jamaicans celebrate them in the town square at home.
1
2

And that is not counting the ones who did not, but could have, run under the Jamaican flag - if they could only get a place on Jamaica's team.

As one reflects on these quite amazing personal, team and national achievements, it is clear that there are many reasons behind these victories that landed this tiny country in the exalted position of second in the Championships - behind only the mighty Kenyans, by only one gold medal.

Among those many reasons for our stellar and long-running athletic successes is the spirit of entrepreneurism which pervades the elite athletic training camps, ordinary schools' sports programmes across the island, and which resides in the minds and souls of our accomplished and aspiring athletes.

This spirit prompts a courageous set of entrepreneurial practices which the athletes, many of their parents, and their innovative and intrepid coaches bring to the preparation, training and grooming - primarily of the psychological variety - of our fine national treasures. Not enough emphasis is placed on the role of this entrepreneurial driving force in our exemplary, essentially private, athletics programme.

The first thing one has to notice is the blessing of the very light touch governments have taken to our athletic programme. They essentially stayed away.

Oh, that this finance minister, Peter Phillips, would have stayed away from the successful JSE Junior Exchange. He did not, and, for some unknown reason, failed to appoint a CEO of a publicly traded company - one listed on the local stock market - to serve on the committee he established to, among other issues, rule on the continuation, or the closing out, of the junior market tax waivers.

There was no one there with current regular interaction with the Jamaica Stock Exchange, as regulator, to defend the role, successes and benefits of the junior exchange to small entrepreneurs or first-time entrant to the capital markets. Very regrettably, the tax waivers will be eliminated. A real pity the minister did not leave the junior stock market alone, like governments have largely left our athletes alone, or handled them, their coaches and programmes with a very light touch.

The blessing of the light touch reminds me of a question put to a former Indian prime minister in the 1990s about the phenomenal growth and success of his country's information technology sector. When the Indian leader was quizzed on the main reason for the exceptional growth and profitability of the IT sector, he quipped that it was due to ignorance and lack of understanding - on the part of the government.

He said that the government did not understand the nascent industry and what it was doing and achieving, so it stayed away from it and left it alone, essentially to thrive. By the time the government realised what was happening, the sector had become a player on the world stage. Sort of like our exceptional athletes and their privately run programmes over the last decade.

Consider this: There is no monolithic, government-controlled, national athletics programme in this country with such acclaimed athletic prowess. One hears of ISSA - the athletic organisation which runs our national Champs, not the well-known family - coach Glen Mills' Racers Track Club, Usain Bolt's training home, and Stephen Francis' MVP coaching outfit which is home to Shelly-Ann Fraser-Pryce and Elaine Thompson.

Clearly, Champs and modern ISSA had, and has, a clear private enterprise and entrepreneurial bent.

Entrepreneurs resist the shackles of government and bureaucracy. They are risk takers, endlessly persevering, passionate, very resourceful - making the most of the often little they possess, and are open-minded and are like sponges when it comes to learning about their businesses and pressing interest.

One of an entrepreneur's greatest asset is the possession of a relentless perseverance to grow and succeed no matter how many disappointments he or she faces, or how many times he or she has been shut down.

Mills about these persevering experiences since they formed their entrepreneurial enterprise in 2004. Bolt had to learn to lose and re-learn quite a few new things of his trade. He also had to persevere and meet goals set by Mills in order to get to run the 100m sprint.

Ask Stephen Francis as his camp made the decision to run Elaine Thompson in only the 200m sprint at the recent games in Beijing. Read the archives on the experiences of the originators of Champs in 1910. Check with the ISSA organisers how often they have to call on their entrepreneurial skills to secure sponsorships and participating schools for their nationally beloved Champs.

But, perhaps, if one really wants to know how pervasive and deeply ingrained in the national athletics body mass and psyche is the entrepreneurial spirit, one needs to investigate the local schools across the country which, year after year, send excellent athletes and budding champions to Champs. Look of the commitment, innovativeness, hard work and perseverance of the parents, aunties, neighbours, teachers, coaches and sports masters, and the young athletes who conspire to make the competition at Champs so great.

We are most grateful for the entrepreneurial spirit which drives Champs - and the light touch of the government to leave it alone. It's a combination from which the Government should learn.