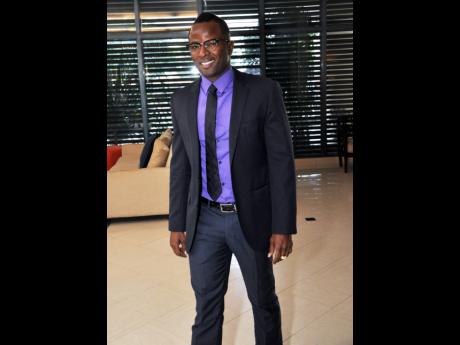 Carreras Limited plans to introduce new cigarette products under its Craven A brand in another two weeks, Managing Director Marcus Steele has said.

Among other things, the new products are aimed at recovering ground lost to cigarette smugglers, Steele told the Financial Gleaner following the company's annual general meeting in Kingston on Wednesday.

The new additions will be similar to the Matterhorn Click launched in 2013.

"We started with Matterhorn, with the Click, so now we are coming with one for Craven A. It's really to bring back some value to the core," said Steele.

"The market share take-back is not from Philip Morris; it's from the illicit traders and the 'grabba' smokers," he said, the latter referring to an urban term for a raw tobacco product sometimes mixed with marijuana to mask the smell and aftertaste.

"As long as there is a level playing field they can't beat Carreras," he insisted.

Carreras is majority owned by British American Tobacco Plc of the United Kingdom. Philip Morris is one of its international rivals based in the United States.

The posted net profits of $2.9 billion for 2015 which, at first blush, appears to be a dramatic fall from the previous year's $4-billion profit.

The results in 2014, however, benefited from a one-off gain of $1.79 billion of taxes recovered by Carreras. Minus that extraordinary windfall, Carreras would have made pretax profit of $3.4 billion, a lower outcome than the $3.9 billion of pretax profit made in 2015.

The cigarette company is already one of the most generous with dividends to shareholders of any company on the Jamaica Stock Exchange. So far, its distributions for the calendar year up to yesterday have totalled $4.80 per share, with a special distribution of 60 cents per share to come next week - but at Wednesday's AGM, shareholders demanded more.

With that message resonating, Steele said the company will refocus on its sales initiatives, including expansion of its biker-man programme, which has 30 riders; explore other lower-cost distribution alternatives; cut back on expenses; and claw back business from the illicit trade.

"We need to tap [the market served by] the illicit trade ... through the biker programme," he said.

The 30 riders will be doubled by the end of next year, he said.

"The bike route has seen more than double-digit growth. Our volumes grew by six per cent," he added, referring to the bike distribution and the Matterhorn Click products.

Carreras distributes Pall Mall, which serves the lower end of the market; Craven A and Matterhorn, which are its mid-range products; and premium Dunhill and Rothmans.

Craven A is now 65 per cent of the market, with Matterhorn at 33 per cent, Steele said.