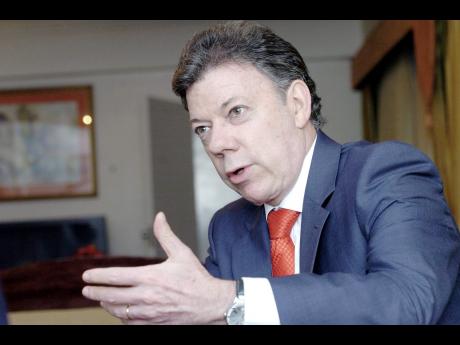 About a year ago, the Colombian peso staged a massive rally after its weighing in an international local currency bond index was increased.

Now, the same institution that manages the bond index listed Colombia as a member of the so-called 'Fragile Five'. What happened in the interim to account for such an abrupt reversal?

There have not been any major political or economic changes in Colombia. The only important event has been the drop in international oil prices.

Colombia has been as over-dependent on oil and mining exports then, as it is now. Its fragility was apparent in early 2014, when the weighting was increased. The only difference between now and then is that investors have lost billions of dollars, after the currency plunged.

There have always been serious concerns with the country's macroeconomic model. The government's decision to behave as a major oil producer, when it only has seven years of proven reserves, is far from prudent. Moreover, it is about to embark on an extensive investment programme - even though it does not have the financial resources to do so.

Many Colombians question the government's unwavering commitment to negotiate a peace treaty with the FARC. They argue that the FARC is not a political or social movement. It is nothing more than a faÁade to manage criminal activities.

The various FARC units operate independently, and it will be impossible to demobilise all of them. The Santos government is not so naÔve as to not recognise this reality.

We cannot forget that Juan Manuel Santos served as mnister of defence before his presidential bid. However, the formal finalisation of the conflict ends the FARC's status as combatants.

Individuals who refuse to comply with the terms of the treaty will be pursued as common criminals. Bogota will also use the agreement to seek international help to reintegrate the combatants, compensate the victims and rebuild the country.

The price tag for the first two initiatives is US$44 billion, and the costs for the third one starts at US$20 billion. The former will be spent over a ten-year period, and the FARC is demanding that the government provide a detailed plan on how it will budget the process.

This is one of the major components of the new tax reforms that the government is presenting to the congress. In two months, President Santos will travel to Europe to gather external support for further funding.

An important component of the reconstruction process will be the '4G Road' system. The formal name is the Fourth Generation Road Concessions of Colombia. This is in addition to a similar project for secondary road concessions that should penetrate deep into thinly populated jungle and grassland regions.

The 4G programme includes 8,000 kilometres of roads, with about 15 per cent four-lane highways. It provides for 159 tunnels and scores of new bridges to traverse the country's rugged terrain. The initiative will help reduce shipping costs and raise the country's potential output to 5.3 per cent y/y, from the current 4.6 per cent y/y.

Although the programme will be distributed across 40 concessions, the most important ones will go to Colombia's largest conglomerates. This is creating a serious conflict of interest, given that these are the same conglomerates that control the country's largest financial institutions. The government is not providing any financing for these projects, but a good deal of the country's pension resources will be channelled into the new toll roads.

The rest of the funds will come from abroad.

The peace process and reconstruction costs will be at least 15 per cent of GDP, at the same time that the government is labouring under huge fiscal and current account deficits.

It is unclear how much external assistance Bogota will receive. The country has a very good reputation within the international investor community. There is little doubt that it should receive generous loans from the World Bank, the Inter-American Development Bank and CAF Development Bank.

However, it will also need to deal with the difficult dynamics of a higher debt load. These are conditions that were well known at the beginning of last year, when the peso became a bigger part of the international local currency bond index.

Interestingly, no one really cared about these details while oil prices were soaring and the peso was flying. Now, the situation has changed.

With commodity prices in a free fall, the flaws of the country's economic model have become more apparent. This is the reason it was pushed into the 'Fragile Five' club.

Therefore, investors should be careful and handle Colombia with care.