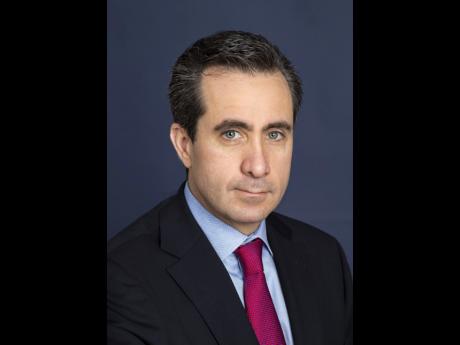 Vice-president of the World Bank Jorge Familiar has suggested that, in view of the large infrastructure gaps and other investment needed in the Caribbean, financing growth calls for significant private-sector participation.

So far, he said, levels of foreign direct investment have remained high, but have not translated into much growth.

"There have been few successful public-private partnership projects, and the local private sector has suffered from low levels of access to finance for investments," Familiar said on Thursday at the start of the two-day Caribbean forum on financing growth, organised by the International Monetary Fund.

"Attracting private finance in the face of global headwinds and increasing volatility is not easy, but I see four main areas of interventions that can help unlock private-sector-led growth," Familiar said.

The first is a conducive environment for private businesses. To attract private investments in productive sectors, Caribbean governments can enhance competitiveness by continuing to improve the investment climate, the World Bank official said.

He noted that last year, Caribbean economies adopted a record number of reforms aimed at improving the business environment, citing the example of Jamaica which "had a remarkable jump" of 27 spots in the Doing Business Index.

However, Familiar said more needs to be done in reducing the constraints to doing business and the World Bank Group will continue supporting Caribbean governments' efforts in this regard.

Resilience against natural disasters is also essential for the private sector to thrive and undertake long-term investments, he said. In this area, the Caribbean Catastrophe Risk Insurance Facility remains an effective and attractive risk-pooling mechanism able to mobilise emergency funds within the first two weeks of a disaster.

Policymakers in the region are increasingly turning to PPPs to develop and maintain infrastructure that supports national economic growth and delivers basic services to their citizens, he said.

Familiar said the World Bank Group has been supporting many PPPs in the region, citing Jamaica where its Multilateral Investment Guarantee Agency issued about US$80 million in risk-mitigation guarantees to support the earlier development phases of the Kingston Container Terminal.

A third area requiring intervention is the high and volatile energy costs, which have been key bottlenecks for competitiveness and private-sector development.

Referencing a recent enterprise survey, which shows that costly and unreliable electricity supply are the two most significant impediments for businesses in the region, Familiar said most Caribbean countries depend almost entirely on oil to supply their electricity needs.

Oil and gas expenditures represent between seven and 20 per cent of some countries gross domestic product. "Even with oil prices cut by nearly half, the average price for electricity has fallen by less than one-third in most countries and remains four times higher than in the United States," he said.

"Now is not the time to slow down our efforts," the World Bank vice-president said, adding that "there has been a substantial push in recent years to build a diversified power sector in the region, including renewables and other sources of cleaner energy such as natural gas".

PPPs are also critical to finance the energy sector, he said.

Strong financial sectors that grant access to credit, especially for local firms, is another key condition for growth and shared prosperity, Familiar said.

"Going forward, we need to look for other solutions to finance SMEs (small and medium-sized enterprises) and diversify financial instruments," he told the forum.

Credit unions are very active in the region, but are mostly focused on consumer lending. There are very limited financial instruments available to SMEs besides collateralised lending, such as leasing, factoring or guarantees," Familiar said.

"At the World Bank Group, we are committed with our partners in the Caribbean to play a role as catalysers in further leveraging public and private resources to finance sustainable growth in the region, to eradicate poverty and boost shared prosperity," he added.