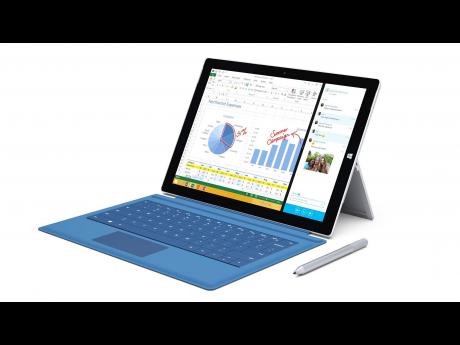 A Microsoft Surface Pro 3 laptop. Microsoft Corp is to get a hearing in appeals court against access to cloud-stored client data by US authorities.

Microsoft Corp gets a second chance to prove it's entitled to keep data stored overseas out of the hands of US investigators when its lawyers appear before a federal appeals court Wednesday, but the computer software giant is already hedging its bets, calling on Congress to clarify the law.

The 2nd US Circuit Court of Appeals will hear Microsoft's challenge to a July 2014 lower court ruling concluding that a court or law enforcement agency in the United States is empowered to order a person or entity to produce materials, even if the information is housed outside the country.

The Redmond, Washington-based company hopes the appeals court will overturn the decision upholding the US government's right to search a consumer email account that Microsoft stores in Dublin, Ireland. The government wants to search the account as part of a narcotics investigation.

A warrant for the information was issued in December 2013, saying there was probable cause to believe the account in a facility opened in 2010 was being used to further narcotics trafficking. Microsoft turned over the customer's address book, which was stored in the United States.

In court papers, Microsoft calls on Congress to "grapple with the question whether, and when, law enforcement should be able to compel providers like Microsoft to help it seize customer emails stored in foreign countries".

"Only Congress has the institutional competence and constitutional authority to balance law enforcement needs against our nation's sovereignty, the privacy of its citizens, and the competitiveness of its industry," it said.

But Manhattan federal prosecutors said in court filings that "powerful government interests" override potential negative effects on Microsoft's business or any other company seeking to profit on the storage of information overseas.

"The fact remains that there exists probable cause to believe that evidence of a violation of US criminal law, affecting US residents and implicating US interests, is present in records under Microsoft's control," they wrote. "With the benefits of corporate citizenship in the United States come corresponding responsibilities, including the responsibility to comply with a disclosure order issued by a US court. Microsoft should not be heard to complain that doing so might harm its bottom line."

Prosecutors noted Microsoft still controls the foreign-based data and US-based employees can retrieve it. They said Microsoft customers also have no right under the company's terms of service to demand that data be stored at any particular data centre.

In a filing in the appeal, the government of Ireland noted that the Irish Supreme Court has ruled that Irish courts have the power to order production of documents by an Irish registered company by one of its branches situated in a foreign country. It said Irish taxation authorities also can force Irish banks to produce records of accounts held by customers wherever the information is located.