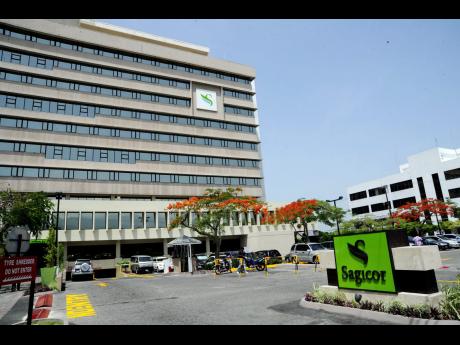 Sagicor Group Jamaica Limited has further secured its hold on Sagicor Real Estate X Fund Limited, with a $3.3-billion investment that increased its stake to 21 per cent of the two-year-old company.

But X Fund CEO Rohan Miller, while noting that Sagicor Group had increased its equity share of the operation, declined comment on how big a stake the company had before. He said only that it had not been enough to position the group among the top 10 owners.

The new investment changes that, however, and has likely vaulted the group operation to around

second or third-largest shareholder. Sagicor X Fund is yet to disclose the overall take-up of the just under 748 million shares that were sold to existing shareholders under the rights offer - the offer was non-renounceable, meaning that only existing shareholders were eligible to buy shares; neither was it underwritten - but Miller said Sagicor Group took up shares from the pool that other investors opted not to buy.

Sagicor Group itself disclosed that it had taken up 473.4 million units or well above half of the new shares. The other big owners of X Fund who may still hold

The expected $5.2 billion of equity raised from the rights issue will part finance the purchase of a DoubleTree Hilton convention hotel in Orlando, Florida from the Blackstone Group.

Miller, who is also executive vice-president of Sagicor Group Jamaica, said on Monday that Sagicor X Fund is slated to close the US$75-million deal with Blackstone this week.

is also negotiating a US$51-million mortgage with Gold-man Sachs as debt financing for the property. Initially, the transaction was expected to be around US$55 million.

Miller said the transaction with Goldman Sachs was still being pursued and that the mortgage is being negotiated at a price of four to five per cent.

In addition to its ordinary shares, X Fund has one special share valued at US$1,000 and held by Sagicor Life Jamaica Limited, a subsidiary of Sagicor Group. The share carries 51 per cent voting rights, but no rights to dividends nor to distributions were the company to wind up.