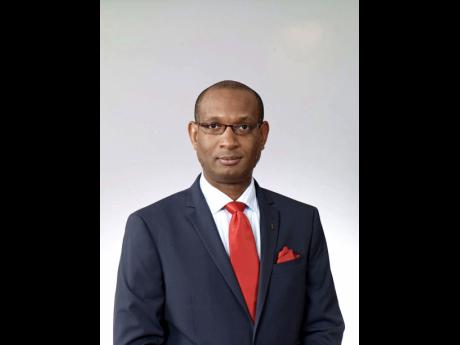 Lissant Mitchell, CEO of Scotia Investments Jamaica Limited, says the company's migration to a purer asset management and brokerage firm is responsible for the immediate fall-off in net income evident in its most-recent results.

The change in business model means the company will be less reliant on interest income from repurchase orders and other products.

Over the past year, ending

July 31, Scotia Investments - a subsidiary of Scotia Group Jamaica - has cut $4 billion in customer liabilities overall, including securities sold under repurchase agreements and holdings in capital management accounts, as well as liabilities linked to its government securities fund.

That adjustment was largely due to the shedding of repo debt, which shrank by more than $4.5 billion over the course of the year to $38.8 billion.

At the same time, the company has grown assets under management to $152 billion, an increase of $17 billion or 13 per cent year over year.

The transitions have weighed heavily on the company's finances. At the nine-month mark in 2014, Scotia Investments made net profit of $1.36 billion. That has been cut in half to $736

million in the current period, a decline of $629 million.

Mitchell said in a statement attached to the third-quarter report that the push to emphasise asset management and brokerage services resulted in lower profitability in the current year, as the company reduced its "reliance on net interest margins while steadily growing our earnings from fee-based products".

He said, however, that the strategy "has begun to bear fruit," noting that revenues from the company's asset management business had improved 20 per cent year over year.

The Scotia Caribbean Income Fund, he noted, attained the milestone of US$100 million in assets under management, reflecting an increase in the net asset value (NAV) of 27 per cent over July 2014.

Additionally, the Premium Money Market Fund recorded NAV of $12.5 billion, an increase of 39 per cent over last year.

The investment company reported net revenue of $2.43 billion, a reduction of $757 million or 24 per cent below the corresponding nine-month period last year. Third-quarter revenue fell from $1.1 billion to $760 million.

Mitchell said the company is focused on reducing "structural costs to be aligned with the new business model" and improving efficiencies.

Total operating expenses for the period were $1.34 billion, up $102 million, or 8 per cent over the corresponding period last year, due partly to the increase in the asset tax rate from 0.14 per cent to 0.25 per cent and staff costs.

At the end of July, Scotia Investments had $70 billion of assets, down by $2.8 billion, which Mitchell said was "consistent with our strategic initiative to focus on the growth of our off-balance sheet products - this including unit trusts and mutual fund portfolios".

Its book value increased by a sliver from $13.5 billion to $14 billion.