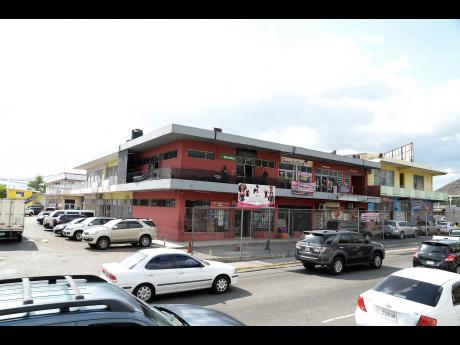 National Export Import Bank of Jamaica Limited (EXIM Bank) has placed two large commercial properties belonging to clients on the market, but said it was not at liberty to disclose the reason for the takeovers.

Public treaty offers have been invited for Somerset Quarry in Manchester and for Lots 19, 20 and 21 at 9 Hagley Park Road, which the invitation identifies as being a part of Hagley Park Plaza in Kingston. Such sales are typically a last resort in the process of recovering debt.

The state-owned bank offers loans to largely export-oriented businesses, but EXIM is not saying whether the Hagley Park lots were used as backing for financing, nor what debt, if any, is owed by the property owners.

"Please be advised that the information requested is confidential as between the bank and its clients," said Maria Burke, EXIM Bank's legal counsel and corporate secretary.

EXIM's ad describes the Hagley Park Plaza lots as housing a two-storey building measuring 13,682 square feet. Businesses at the plaza say the shops on the complex tend to be individually owned, but Wednesday Business was unable to locate the owner for the lots being sold.

The quarry in Manchester sits on 90.36 acres and has 13 buildings erected there.

The property is used for industrial purposes and the mining of limestone.

A company representative of Somerset Quarry, which is a part of Somerset Enterprises Limited, confirmed on Tuesday that the company established in 1990 by Lineerth Powell was still in operation, though at a reduced level.