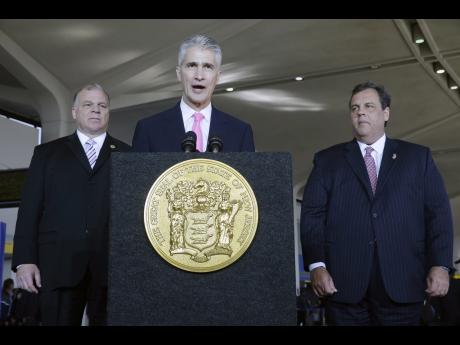 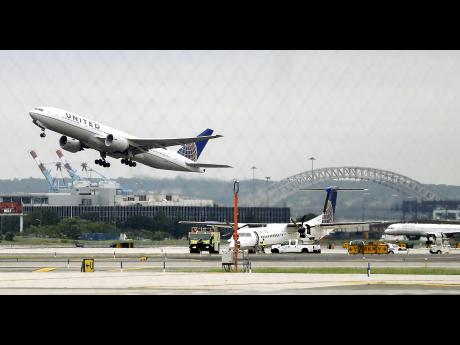 United Airlines abruptly replaced its CEO as a federal investigation continued into whether the airline gave preferential treatment to a former chairman of the agency that operates the New York-area airports who has political ties to New Jersey Governor and presidential candidate Chris Christie.

Federal prosecutors are probing United's ties to David Samson, the former chairman of the Port Authority of New York and New Jersey.

United Continental Holdings Inc said Tuesday that Jeffery Smisek and two other senior executives had stepped down. Oscar Munoz, a railroad executive and head of United's audit committee, was named CEO and president.

United began a direct flight between Newark, New Jersey, and Columbia, South Carolina, where Samson has a summer home, while he was chairman and ended it days after he resigned last year. United, the dominant airline at Newark Liberty International Airport, was negotiating with the Port Authority over projects at the airport at the same time.

United said the departures announced Tuesday were the result of the federal probe and its own investigation into the matter.

Samson, a former state attorney general in New Jersey, headed Christie's transition team and was appointed chairman of the Port Authority by Christie in 2011. He resigned in March 2014, several months after the scandal surrounding politically motivated lane closures at the George Washington Bridge the previous September.

Samson has not been charged with any criminal wrongdoing, nor have any United executives. A spokesman for the U.S. Attorney's Office in New Jersey declined to comment on the matter.

On a late afternoon conference call with analysts, United executives declined to say what the investigations have found and what prompted the shake-up.

But Smisek's tenure was marred by criticism over technology glitches and a rocky integration of United and Continental Airlines. Smisek was chairman and CEO of Continental and took the same jobs with United after the airlines merged in 2010. He was under pressure for several years as United was slower than Delta Air Lines to return to profitability following the recession. The criticism was compounded by several embarrassing computer outages, the latest in June and July, that led to hundreds of delayed and cancelled flights.

There was turmoil in the executive ranks too. The chief financial officer quit to join PayPal, and now the CEO is out.

On a call with analysts, the new United CEO insisted, "We're really not that unstable."

"Clearly there have been organisational changes, operational-systems issues and all that," Munoz said, "but we've made significant progress."

In a regulatory filing, United said Smisek's would get a severance payment of US$4.9 million and be eligible for a bonus. Smisek, 61, will have health insurance until he is eligible for Medicare and keep flight benefits and parking privileges for the rest of his life. He gets to keep his company car.

Smisek agreed to cooperate fully with United "in the defence, prosecution or conduct of any claims or investigations which relate to events or occurrences that transpired" while he was employed.

Munoz's appointment was so sudden that no pay package had been worked out. Munoz, 56, has served as president and chief operating officer of CSX Corp. since February and as a CSX executive since 2003. He joined the United Continental board in 2010.

Munoz said the company had an "incredible opportunity" to increase earnings and improve the flying experience. The flight attendants' union cheered the change in CEOs, saying that labour relations had languished under Smisek. The chairman of United's pilot union called the shake-up a new beginning for the airline, its employees and passengers.