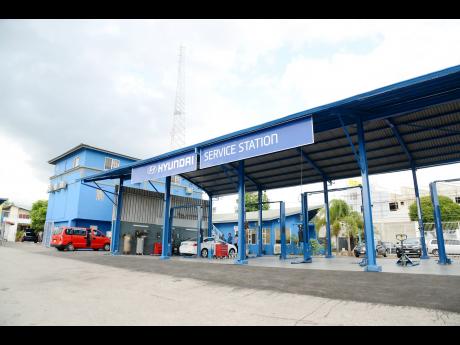 Magna Motors Dealership, the new dealers for Hyundai in Jamaica, has opened a new service centre at Balmoral Road in Kingston from the US$6 million invested so far in setting up business.

Magna Motors took over the dealership previously held by Key Motors in August.

The company is now trying to ascertain how big the existing Hyundai market is in Jamaica.

"We have been having a hard time getting reliable information about the number of Hyundai motor cars out there. We want to build a relationship with these owners, especially those who have cars that are still under warranty," said sales manager Carlos Geourzoung during a press tour of the service centre on Wednesday.

Magna Motors Caribbean is a Dominican Republic company that has been regional dealer for Hyundai since 1977.

"We are taking a lot of risk here, because we want the customers to be happy. We also want the Hyundai brand to improve to the level were it ought to be. That is why we are prepared to work with customers, especially on a one-on-one basis because we don't know what has been promised and what has not been promised," the sales manager said.