Francis Wade | Why high performers ‘hug up’ their incompetence 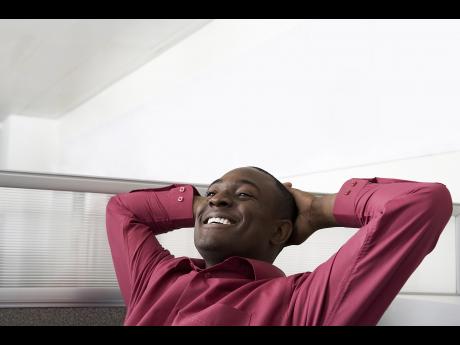 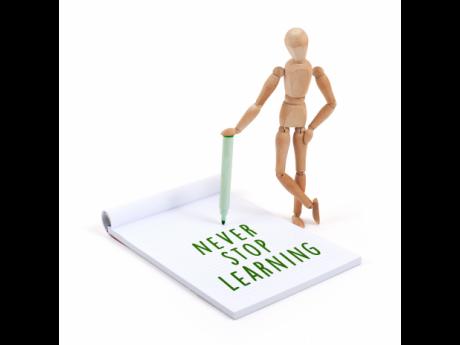 We all know that it's rude to call someone incompetent. Unfortunately, this polite norm blocks Jamaican employees from outstanding accomplishment.

The solution is to embrace rather than eschew individual incompetence. Here's why.

People who are experts in a field by virtue of their experience or knowledge have something in common with those who are highly accomplished. They all have an acute sense of what's missing: the gap between who they are and who they could be. Operating on a knife's edge, they are forever trying to expand themselves in areas where they feel an acute lack of competence.

This thirst for results drives them to search and eke out the smallest gains, even if it's just a fraction of a second in a sprint, a few runs in an innings, or a tiny bump in sales revenue. They believe that closing these infinitesimal gaps is all-important; that accurate self-knowledge is the key.

Over time, they also develop an eye for competence in fields that are unfamiliar and unrelated to their own. High performers can recognise each other but not because they understand the technical details. Instead, they pick up on the blood, sweat, and tears invested in closing competency gaps, whether the hours are spent in surgery, sculpture, or in the gym.

By contrast, the average person looking at these same people may not see any connection. Too many believe that becoming great is just a matter of tapping into God-given talents. In other words, for them, it doesn't take much for Usain to be Usain. All he had to do was wake up and discover his birthright.

This misconception isn't shared by high performers, who aren't misled. One indicator they use to separate high performers from the fakes is a measure of how someone relates to their innate incompetence.

High performers embrace their incompetence, 'hugging it up' from sunup to sundown. The rest of us live in a different world. For us, the worst thing that can happen is to be openly labelled as incompetent or seen by others as stuck in this condition. Therefore, we resist the label and pretend to have what we don't, acting as if we can do what we can't.

Smart people, in particular, have this problem in spades.

Often, they realise they are well above average at a young age, able to process thoughts faster than their peers. Many use this ability unwisely. Instead of pursuing a life balanced on

the edge, they seek comfort; a place to relax and enjoy their advantage in peace. They learn to use their smarts to bamboozle others, showing off their talents as they protect their comfortable place in life.

Some know better. Ask those who have migrated and you may uncover their true experience. Thinking they were highly accomplished, they discovered far away from home that they were nowhere near the edge. For me, that moment came when after a few days as a Cornell freshman, I discovered that several of my new friends had perfect SAT scores.

To make things worse, a few weeks later, in casual conversation with a graduate student, I reported my 85 per cent mark on my first computer science test. He asked a single question: "What was the mean?" - that is, the average score.

"Eighty-six per cent," I answered.

In response to my shocked expression, he explained that grades in the engineering school did not correspond to a particular set range. Instead, they were based on a Bell Curve in which half the class received a B- or better, and the other half received a C+ or worse.

His subsequent advice on how to improve my grades was well-intended, but I processed little of it at the moment. I had graduated at the top of my class at Wolmer's, but that meant little in this new, demanding environment. Here was stark evidence of my incompetence.

While migrating to experience higher workplace standards may not be a realistic option for most employees, we can all start by owning our incompetence. For example, many workers shine when they are reassigned to a new boss with better interpersonal skills. Too few managers take this fact as evidence of their incompetence. Instead, they deflect responsibility and continue on, business as usual.

It's understandable. Looking for examples of high performance and measuring ourselves accordingly takes a lot of hard work. The journey isn't for everyone.

However, there is no escaping the accumulated consequences of this cowardice. When the number of people in your company seeking out new areas of personal incompetence can be counted on one hand, you have a problem. When three million people hide from their incompetence, the result is also

predictable ... decades of anaemic economic growth and a worldwide reputation for low productivity. We can do better.

Francis Wade is a management consultant and author of 'Perfect Time-Based Productivity'. To receive a Summary of Links to past columns, or give feedback, email: columns@fwconsulting.com