Goldman Sachs says oil could fall to US$20 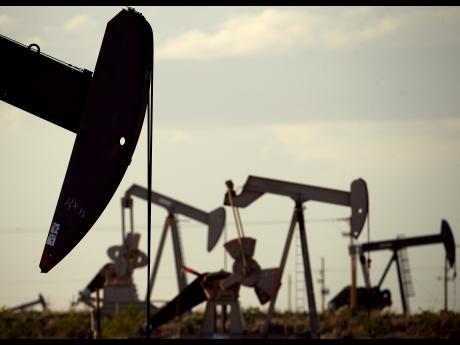 Goldman Sachs says the world has more oil than it had thought and expects prices to slip below US$40 per barrel, and maybe lower, because the glut may linger deep into next year.

On the same day, the Inter-national Energy Agency (IEA) said production outside OPEC countries will drop sharply in 2016 with prices so weak.

Goldman analyst Damien Courvalin says these cuts may not be enough. He lowered his forecast for 2016 to US$45 per barrel from US$57. He says prices could collapse to around US$20 if production decreases too slowly.

Oil markets been unusually volatile, with the price of crude down 26 per cent in three months. Prices have risen or fallen more than 3 per cent on 14 trading days during that stretch.

Oil supply from the United States, Russia and other countries outside of OPEC is expected to drop sharply next year - possibly the steepest decline since the Soviet Union collapsed - because of low prices, the International Energy Agency forecast Friday.

In its latest monthly report, the IEA says non-OPEC production is expected to drop nearly half a million barrels to 57.7 million barrels a day in 2016. But a prominent investment firm questions whether even a cut that steep will shrink the glut of oil on the market enough to boost the price.

Amid booming US production and high OPEC output, the benchmark price of oil plunged from over US$100 last year to about US$45 this week. Global oil demand has grown, but at a slower pace, and analysts have said big production cuts are needed to balance the market.

Producers in the US, who need a higher price per barrel than OPEC countries to break even, have started to cut back. The US Energy Department estimated this week that production fell by 140,000 per day in August. The decline is expected to widen in the coming months, and production should average 400,000 barrels a day less in 2016 than in 2015.

Russian and North Sea supply is also forecast to shrink in 2016, according to the IEA. Overall, non-OPEC production should drop the most since 1992, when non-OPEC output shrank one million barrels after the USSR fell apart.

Low oil prices are also sparking an increase in demand, IEA said. With pump prices well below US$3 a gallon in most states, gasoline demand in the US is at an eight-year high. The agency said demand in China is still growing, despite signs of economic weakness, as growing use of transportation fuels offsets lower industrial demand for crude oil. The agency forecast global oil demand would rise 1.7 million barrels a day this year, the highest in five years, and grow by another 1.4 million next year.

The IEA does not provide a forecast for oil prices. In its report earlier this week, the US Energy Department said it expects US oil to average US$49 per barrel this year and US$54 per barrel in 2016, about US$5 below the estimated average for Brent crude, the benchmark for many international types of crude.

Goldman Sachs, however, said Friday that the glut in oil is greater than previously thought, and slashed its forecasts for the US benchmark price of oil for next year to US$45 a barrel from US$57 a barrel previously.

Goldman analysts now believe it will take a dramatic drop in production - far greater than the decline forecast by IEA - to get supply back in line with demand and spur higher prices.

"The oil market is even more oversupplied than we had expected and we now forecast this surplus to persist in 2016," the analysts wrote in a note to clients.