St Kitts stands by decision not to invest in LIAT 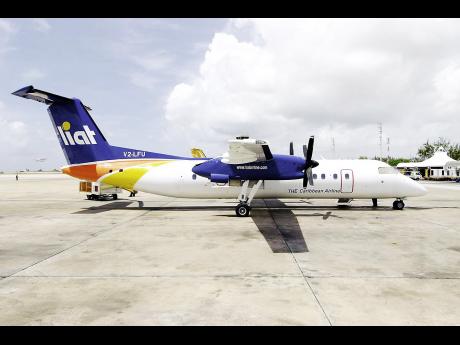 Prime Minister of St Kitts-Nevis Dr Timothy Harris is defending his decision not to invest in the cash-strapped regional airline, LIAT, despite a plea from chairman of the LIAT Trade Union Group, Chester Humphreys.

Harris said that the consistent financial problems of the airline, which is owned by the governments of Antigua & Barbuda, Dominica, Barbados, and St Vincent and the Grenadines, do not make it an attractive investment option.

He said that his administration would need to be convinced that investing in LIAT at this time would make sense.

"There are decisions that have to be made with respect to LIAT. What I did say that, at this time, everyone knows that LIAT is a failing proposition and until LIAT can put a convincing plan before this government, this government will not invest in LIAT because LIAT will not waste the public's money," the prime minister said.

But Humphreys, speaking on West Indies News Network in Basseterre, said he was concerned that the importance of intra-regional travel was being ignored by governments who are shying away from investing in LIAT.

"My advice to Prime Minister Harris is to meet with the shareholder governments who understand the situation, make himself aware of the realities of inter- regional air travel and to do the proper thing and join the other four governments...and to put some funds in the capital funds so the airline could be properly capitalised," said Humphrey, who heads the Technical and Allied Workers Union in Grenada.

The union represents a significant number of LIAT employees there, and Humphreys said the recapitalisation would allow the airline "to continue the vital services that it provides".

"Is Dr Harris aware that if LIAT stops travels to St. Kitts-Nevis what would be the impact on the economy," he added.

But the prime minister said that his Team Unity administration is not ignoring the contribution being made to intra-regional travel by the regional airline.

"Do we want LIAT to survive? Of course. Do we think it's making a contribution? Yes. But, it requires more than that because you have to balance the contribution against what is the cost and whether it is a cost that the country can sustain. And LIAT has gotten worse and none of the countries that are shareholder governments, none of them can say they can sustain it," said Harris.

"We are willing to help but it can't be on the same basis."

Earlier this year, St Lucia's Prime Minister Kenny Anthony said he was not prepared to invest in the airline and called on its shareholder governments to bite the bullet and put in place policies that would ensure the financial viability of the Antigua-based carrier.