Francis Wade | Business in a Rut? Stop second-guessing yourself! 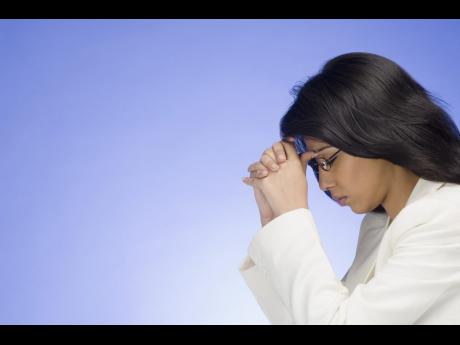 One way that leaders in local companies get stuck in a rut is by refusing to accept the current business world as it is.

While it sounds obvious, there are many who are losing profits by complaining incessantly that the local environment isn't the way it should be. How do you get yourself unstuck, if you are?

A friend of mine once taught me a trick. "If you call a large company - such as your least favourite utility - and get someone on the phone who is incompetent, just thank the person and hang up. Then, using what you have learned, immediately call back and talk with someone else. Repeat the process until you get the answer you want, using your new-found knowledge on each subsequent call."

Another American friend of mine, before the 9/11 terrorist attacks, shared that he often received first-class upgrades on flights. How? By simply making a polite request at the counter.

Finally, a vice-president in a general insurance company advised me that there are some people who negotiate lower car insurance rates.

"By asking," the VP responded.

In each of these cases, I was stunned. Like many, I am likely to hang up after the first bad call, feeling upset. I also rarely ask for the extras I want and (even worse) believe that requesting a 'bligh' is equivalent to doing something bad.

Now, it's obvious that I only get myself stuck when I fall into these traps. In each of these three situations, there is an effective approach that most people don't pursue. When you are a businessperson, the cost of stopping yourself is not only in personal convenience but in profits.

What do you need to do to make sure that you can 'wheel and come again' as often as you need to, without a hint of frustration?

First, find the thought behind the stress. If you are feeling stressed for more than a quick instant, it's a likely sign that you need to ask some deeper questions. For example, if you think the world has to change in order to regain your peace of mind, you will suffer.

Jamaica's recession is teaching us that waiting around for business conditions to improve, and for happiness to descend with it, is suicide. When we understand that stress isn't predetermined by outside circumstances, but involves our own thought patterns, that's a strong beginning.

One of the stressful thoughts I struggle with is that a company should be staffed with competent people who can anticipate my wants/needs as a customer. It's a perfect example of what some call 'living in a should-world'.

When I am in this mindset, I am preoccupied by the way things should be, complaining that my critical standard is not being met. I become impatient, upset and ineffective.

The alternative is 'living in the is-world'. In this frame of mind, someone accepts what life has offered at that moment fully and completely. It doesn't mean that he isn't trying to change things, it simply implies that progress starts by 'hugging up' reality.

Businesspeople who do so are free to act without frustration. They are unfazed, quickly accepting the way things are and acting accordingly. Not to say that this is easy, but a long recession shouldn't be wasted: it is a special time to comprehend big, lifelong lessons.

Third, realise that no one is to blame. Sometimes, in corporate life, no person is at fault. A few CEOs ago, I was standing at the counter of a Digicel store trying to use my loyalty points when I learned they had expired. Unknown to me, there was a new policy. Since then, I have learned that the company had every legal right to change the programme. Furthermore, it had announced the change in the press.

However, I have spoken with over 10 employees, plus a number of my friends, who also had their points deducted, to their shock. They also had no clue the change was coming, costing them valuable points in their account. One employee's mother was 'killing him' with complaints.

But I'm lucky - I had been using my points over the years. Other patient accumulators were the big losers.

Oftentimes, when I recall the incident, I feel cheated. As if a trusted partner who sends me lots of texts, a monthly bill and regular email, chose to quietly remove money from my bank account.

I struggle to accept this reality but try not to give up. On each call to Digicel, I complain loudly about the 'injustice'. Here I am writing about it.

Even though I'm clear that my appeals might fail, I still feel empowered when I take action. That's a benefit of not 'should-ing' on myself and accepting the reality of what is.

Francis Wade is a management consultant, keynote speaker and author of 'Perfect Time-Based Productivity'. To receive a summary with links to past columns, or give feedback, email: columns@fwconsulting.com .