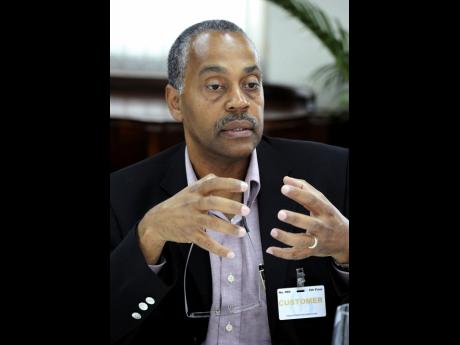 GraceKennedy (GK) plans to start construction of a US$25 million, multi-storey complex in downtown Kingston next March.

The conglomerate has already tapped its food division chief for North America - Michael Ranglin, who is an engineer by profession - to head the project in his new role as executive chairman of GraceKennedy Properties Limited.

The building, which will become the new home for the group's corporate head office and GK Money Services, along with about 6,000 square feet of retail space for rental, should take a little more than two years to be completed based on current projections.

Designs are still being worked on, but the project in its current incarnation calls for nine floors and a 100,000 square-foot parking garage.

"The establishment of GK's new head office at the Kingston waterfront property is an important project for the GraceKennedy group and for downtown Kingston," said GraceKennedy Group CEO Don Wehby. "It is an extremely time-sensitive and technical project, and given its significance we have asked Michael to take this on so that we may benefit from his skills and expertise in this area," he said in a company statement.

Ranglin takes up his new post on October 1, while Ryan Mack, who currently heads all other food divisions, including operations in Jamaica, the United Kingdom (UK), the Caribbean and Africa, will take on oversight of North America as CEO of international business for GK Foods.

"We had stated earlier this year that we wanted GraceKennedy to be a more nimble company, to be able to change or adapt as quickly as things and times change," added Wehby in the press statement issued on Thursday.

"We believe these changes to be timely and are happy that we have the resources to allow us to take advantage of new opportunities as they arise, in the best interest of GraceKennedy," he said.