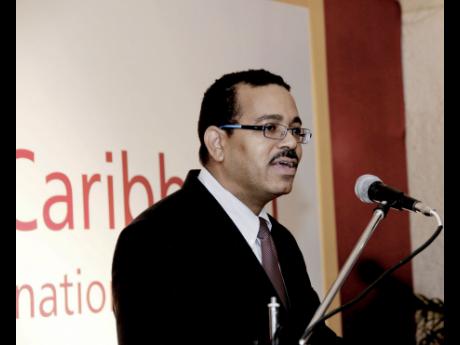 CIBC FirstCaribbean International Bank Jam-aica has added a new branch at Fairview in Montego Bay, while scaling down the exis-ting operation in the city centre.

The existing St James Street branch will become the group's second mini-branch, a concept first introduced in May in Santa Cruz, St Elizabeth.

FirstCaribbean Fairview is a US$1.2 million ($140m) investment. Alongside its retail, platinum/personalised, corporate and small business services, the facility will house 'Insta-teller' machines that permit clients to do banking around the clock in a secure environment, said Managing Director of FirstCaribbean Jamaica Nigel Holness.

The 4,200-square-foot branch design allows the cash-handling sections of the bank to be separated from other areas, allowing non-cash transactions to be dealt with outside of normal business hours.

"It's a worthwhile investment. Jamaica is part of CIBC's growth market," Holness said, noting that third-quarter results showed the bank in a positive recovery mode, with increases in loan size and deposit book.

"We are in rebuilding mode," he said.

FirstCaribbean's last big spend on its local operations was a US$70 million capital programme executed five years ago. Holness provided no details, but he said near-term plans include an expansion of the bank's footprint through its ABM network and new branches over the longer term.

Both Jamaica and its

In its most recent financial report, the regional group improved its third-quarter profit to US$35 million at July 2015, compared to $23 million in 2014; and for the nine-month period, it made US$87 million, which was a 150 per cent turnaround from the near US$176 million loss of 2014.

is valued at just under US$11

Holness says that FirstCarib-bean in Jamaica is on a growth path and that the bank is expecting to tap into a pipeline of projects in the west in the areas of business process outsourcing, manufacturing and spin-off operations in the small-business sector.

He said the bank's platinum service will focus on new groups such as medical, law, and other professional clients who need financing support in the medium term until their practice grows.

The mini-branch at 56 St James Street will continue to facilitate walk-in customers who find it difficult to access the Fairview branch, which was developed in the outskirts of the city to move away from the congestion downtown.

St James Street will be on the scale of the mini-bank in Santa Cruz, which occupies 500 square feet of space and is manned by a staff of three.

The Fairview branch increases FirstCaribbean's network to 14; five in Kingston; two in Montego Bay, and one each in St Elizabeth; Mandeville, Ocho Rios, Savanna-la-Mar, May Pen, Portmore and Port Antonio.