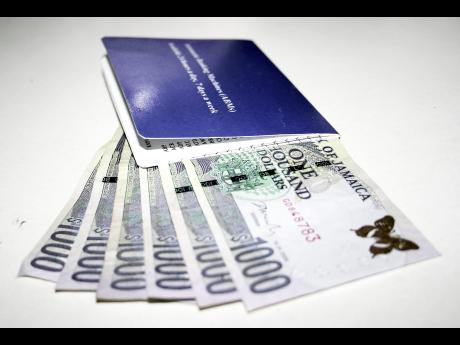 The International Monetary Fund (IMF) said Jamaica's commitment to continued depreciation of the exchange rate will be crucial to maintain competitiveness in the face of large inflation differential with the country's trading partners.

The advice was made by the IMF staff team which undertook the last quarterly review of Jamaica's economic support programme and contained in a report to the executive board which met in September and approved the ninth review.

The Jamaican dollar traded above $119 to the US dollar for the first time on Tuesday and has since continued on its march towards $120.

The report said that going forward, exchange rate flexibility will be paramount for the transition towards inflation targeting over the medium term. In that vein, it suggested that the Bank of Jamaica (BOJ) hold competitive foreign exchange auctions as an option to facilitate foreign-exchange market development and help build reserves.

It said that monetary policy should be anchored on maintaining price stability with a flexible exchange rate, adding that the recent reduction in interest rates and narrowing of the interest rate corridor are welcome developments.

The IMF also said that given the low levels of inflation and weak near-term growth outlook, there is room for additional monetary loosening, but that the steady build-up of international reserves should not be disrupted.

"With a significant inflation differential relative to trading partners, continued nominal depreciation will be necessary to maintain competitiveness," it added.

The nominal exchange rate depreciation contributed to an increase in the debt-to-GDP ratio of about 13 percentage points between April 2013 and March 2015, after accounting for the pass-through on to inflation, according to the fund.

In the September report, the multilateral agency said the JMD had depreciated by two per cent, while the real effective exchange rate appreciated by 1.8 per cent in the second quarter of 2015.

In an analysis later in the report, the IMF said the valuation of the exchange rate is important to economic growth, and that cross-country empirical data has strongly supported the observation that an overvalued currency is detrimental to growth as it causes foreign exchange shortage and unsustainable current account deficits.

It said recent research also shows that depreciation or undervaluation may be beneficial to growth and employment creation in low- and middle-income countries, by encouraging the expansion of tradable sectors.

However, standard theories may not be fully applicable to smaller states, including Jamaica, it acknowledged. The relationship between exchange rate valuation and growth may be ambiguous for small countries, due to their high reliance on imports and structural factors that may limit the scope for supply responses.

The traditional argument against depreciation is that it increases the cost of imports, which in turn may depress output, at least in the short run, as a majority of intermediate goods in small states are imported.

At the same time, it said empirical analysis shows that a more depreciated JMD is associated with higher growth in Jamaica.

Using quarterly data for Jamaica from 1996 to 2014, the empirical model regresses real growth on the initial GDP level, an index of real exchange rate against the US dollar, and US output growth.

The result shows that real depreciation of 10 per cent was associated with around a 0.5 percentage point increase in economic growth.

In the long run, the analysis said, a more depreciated Jamaican dollar corresponds to a higher output level.