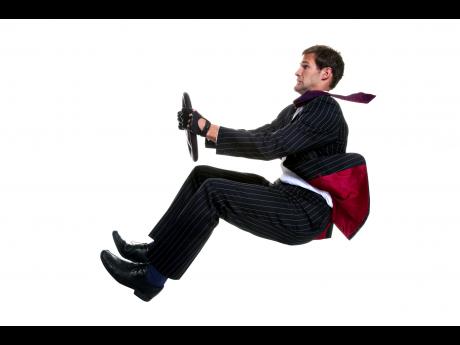 QUESTION: I am 33 years old and work with a commercial bank. My husband is a 29-year-old teacher. We live in St Catherine and are the owners of a 2007 Toyota RAV4. Since my husband does not have a driver's licence, I am currently the only driver. The vehicle is insured comprehensively. I contacted the insurer recently to find out whether it would be willing to extend the policy to allow my husband to use the vehicle to learn to drive. To my great surprise, they said no. I approached another company and they also refused. I am baffled by their decision. Can you please help me to find a solution?

INSURANCE HELPLINE: It is an open secret that the local insurance industry - like those in some of the more developed economies - is suffering from a shortage of skills. So-called service providers, to name one group, often know zilch about their company's products, are unable to read and understand a policy, have closed minds, negative work attitudes and zero problem-solving skills.

They, who know not that they know not, prey on unsuspecting consumers and talk rubbish.

The things that they do, and fail to do, give insurance a bad name. Unfortunately, you have had the misfortune of speaking with two such persons.

Insurance contracts are not cast in concrete, in spite of what most people believe. Even if a policy were to say very plainly that it excluded learner drivers, this statement doesn't necessarily mean that the company would never insure such drivers under any circumstance.

The exclusion, the well-trained and properly certified professional knows, gives the insurer a choice. It can decide on a case-by-case basis which learner driver to insure and which one to refuse. This decision is only made after a careful study of facts. Some policy exclusions can be removed or altered by agreement and the payment of additional premium.

Motor policies by law are required to comply with Section 5 of the Motor Vehicles (Insurance Third-Party Risks) Act. In order to comply, the policy "must insure such person, persons or classes of persons, as may be specified in the policy, in respect of: (i) the death of, or bodily injury to, any person; and (ii) any damage to property, caused by or arising out of the use of the motor vehicle on the road".

Who are the persons who are specified to drive an insured motor vehicle? Motor policies always answer this important question. They usually say that the person driving should be "permitted in accordance

with the licensing or other laws or regulations to drive the

vehicle, or has been permitted and is not disqualified by order of a court of law ... from driving the vehicle."

In the absence of any other provision, the policy would, therefore, extend coverage to the holders of provisional driver's licences, provided of course, that the holders were operating the vehicle in a manner that was consistent with the section 16 of the Road Traffic Act. This section deals specifically with driving by learner drivers.

Young and inexperienced persons are explicitly banned from driving by some policies. Young drivers are defined as persons under 21 years old. An inexperienced driver is an individual "who has had a full (as opposed to a provisional) licence for a period of less than 'x' years".

Your husband would fall in the second group. There are wide variations between the definitions of young and inexperienced drivers among insurers. Young male drivers, under 30 years old, according to insurers cause most traffic accidents, said a March 3 article in this newspaper.

The problem facing you and your husband is complicated. Solving it requires an understanding of the many issues that are involved from the point of view of the insurer as well as an appreciation your needs.

Insurers who ensure that their employees are properly trained and supervised, communicate well and possess problem-solving skills have the capacity to easily resolve matters like those you have described. Your existing insurer and the other company that you contacted do not appear to have customer service employees with the required competencies.

A representative of the insurer that I recommended to you sent me an unsolicited email the same day that you spoke with her. It read: "Thanks so much for keeping us in mind. I spoke to ... and put her in very good hands. I know she will be well attended to".

The second and third sentences of that email confirm that this insurer has taken steps to ensure that its employees who serve customers possess the required technical and other competencies to do their jobs.