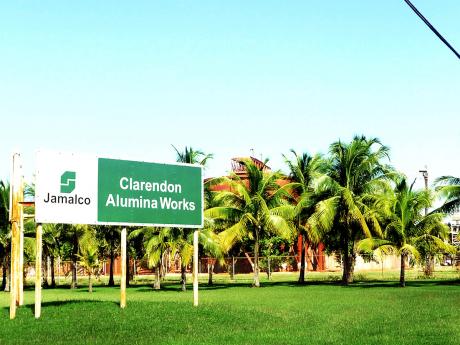 Clarendon Alumina Production Limited (CAP) advises that it has produced 2015 accounts but that these have not yet been laid before the annual general meeting or Parliament.

It is unclear how the Government of Jamaica, and in particular, the otherwise progressive Ministry of Finance, does not have a defined policy that the audited accounts can be made available as soon as the audit has been completed.

The long delay for the minister to review accounts and place them before Parliament must be embarrassing to the various state companies like CAP that produce their accounts on a timely basis.

The March 2014 accounts show that CAP had an income of US$157 million, and that after payment of its cost of sales, totalling US$212 million, administrative and finance costs and taxation, it showed a net loss for the year of US$85 million. This loss reflects a substantial increase from the loss of US$55 million in 2013.

CAP is carrying forward tax losses of US$238 million.

As at March 2014, the company was wholly-owned by the Government of Jamaica.

In March 1988 the Jamaica and Alcoa Minerals of Jamaica entered into an agreement whereby CAP and Alcoa operated a joint venture - Jamalco. The joint venture shares allocated alumina produced and corresponding costs on a 50:50 basis.

Alcoa managed the joint venture. It later acquired an additional five per cent of CAP's shares in Jamalco, and post-March 2014, Alcoa sold its 55 per cent shareholding to Noble Group.

The results of the joint venture, as far as the Government is concerned, are far from encouraging, as in both 2013 and 2014, the Government's proportion of cost of sales exceeded its share of sales by more than US$50 million. In the absence of the 2015 accounts, one does not know whether this loss continues or not.

CAP employs 329 full-time staff members and 583 part-time. This loss-making company continues to operate a defined benefit plan, which has a small surplus. It continues to offer medical benefits to retirees. The managing director received total compensation amounting to $7.4 million - presumably Jamaican dollars - and the chairman received a fee of $234,000.

The company has no receivables.

During 2014, the Government of Jamaica assumed responsibility for all, or some, of CAP's 2013 short-term loan amounting to just over US$140 million - a generous offer on behalf of the taxpayers of Jamaica. The debts transferred to the Government in 2014 exceeded US$435 million.

In June 2013 the company entered into a US$120 million prepayment agreement with Noble Resources Limited. Amounts lent would attract interest of eight per cent per annum and requires that the company sells Noble Resources just over six million tonnes of alumina.

The joint venture is contingently liable for damage arising from alleged plant emissions, totalling US$122 million. No lawsuits have yet been filed.

This column awaits the Ministry of Finance's release of the March 2015 accounts for this company.

It costs $50,000 to either renounce or restore Jamaican citizenship. Naturalisation costs $20,000 for non-Commonwealth citizens.

It would seem that the Passport Immigration and Citizenship Agency (PICA) operates its own exchange rate conversion. For example, the charge for renunciation of citizenship can be paid in US dollars as US$1,000 but becomes $50,000 on conversion to Jamaican dollars.

There are so few people in the public sector that accept responsibility for their shortcomings. We should congratulate PICA's communications officer, Angella Hamilton, for apologising for the extremely long time it took to reply to our request for information.

This column tries to present statistics for the reader to evaluate.

Below is a table related to the number of Chinese citizens who have applied for citizenship:

We would love to get an explanation from Angella Hamilton as to how more applications were approved than applications received. Seems odd. One must congratulate government departments that operate so efficiently that they can process applications prior to the application been received.