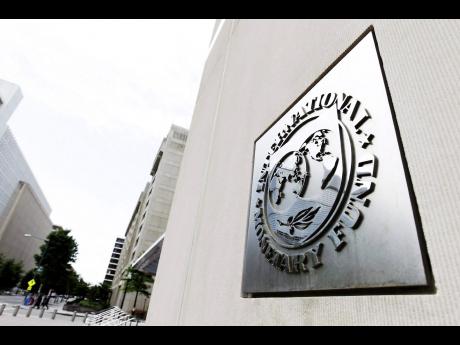 Amid a bleaker outlook for economic growth globally, the International Monetary Fund (IMF) raised its forecast for Caribbean growth slightly higher than expectations it held six months ago.

Moreover, the uptick hardly represents an economic resurgence for the region. The multilateral lending agency increased its forecast for growth by 0.1 percentage point to 3.8 per cent, while lowering its projection for 2016 growth by the same amount to 3.4 per cent.

In contrast, all the other regions in the Western Hemisphere are expected to see an increase in output next year, even though South America will still be in recession. The IMF projects 0.3 per cent contraction in GDP for the continent in 2016 following a 1.5 per cent decline in real output this year.

"The downturn in Brazil was deeper than expected," said the IMF's latest World Economic Output (WED) report published yesterday. "With declining commodity prices, momentum continues to weaken in other countries in the region."

The deteriorating political environment in Brazil has dragged down business and consumer confidence. Investment there is declining rapidly and tightening macroeconomic policy is squeezing domestic demand.

Venezuela is projected to experience a deep recession in 2015 and 2016 - contracting by 10 per cent and 6 per cent, respectively - due to the decline in oil prices since mid-2014. Inflation in the South American country is projected to be well above 100 per cent this year.

Lower oil prices have also hit output in Ecuador and Colombia, while weakness in metal prices is projected to dampen growth recovery in Peru and Chile.

The outlook for growth among Caribbean commodity exporters was also downgraded by the IMF.

Dominica Republic is where most of the IMF's optimism for the Caribbean lies this year. Incidentally, mining and construction has been driving the economy there. In particular, the country reopened its largest mine after maintenance shutdowns in the first half of 2015.

Countries in the Eastern Caribbean all saw upward revisions or no change to the IMF's growth projection for 2015. This was largely due to strong tourism numbers. Barbados, Grenada and St Lucia recorded a five to 15 per cent rise in tourist arrivals in the first half of the year. St Vincent and the Grenadines reported a slight decline in stopovers, but the multilateral did not feel it had to change its growth forecast for the country made in April.

Jamaica's higher tourism receipts have also been a major prop for the local economy, even though the IMF downgraded its growth projections for the country.

Advanced recovery in the United States and the United Kingdom is the primary reason behind the favourable growth numbers for most of the Caribbean.

Still, growth in the US was weaker than expected, despite a strong second quarter, according to the IMF.

"This reflected setbacks to activity in the first quarter, caused by one-off factors, notably harsh winter weather and port closures, as well as much lower capital spending in the oil sector," said the WEO report. "Despite weaker growth, the unemployment rate declined to 5.1 per cent at the end of August, 0.4 percentage point below its February level (and one percentage point below the level a year ago)."