Roberts Plaza placed on the market 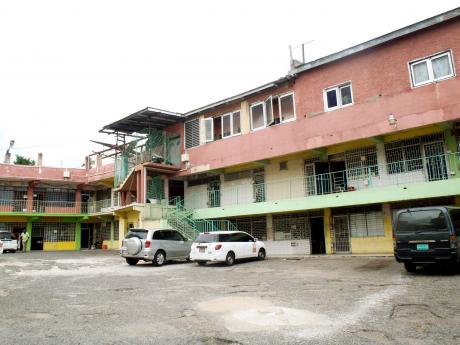 The complex is in need of a makeover, which is estimated to cost $18 million, but that is an expense to be footed by the buyers of Roberts Plaza, assuming a successful sale.

The complex, located at 92-94 Red Hills Road with an entrance at 93A Whitehall Avenue in Kingston, is on the market for $120 million, but the family that owns it is willing to sell the complex in three separate pieces to different buyers - priced at $30 million, $40 million and $50 million.

The property is being marketed by Century 21 Heave-Ho Properties. The sellers are the family of the late Dr Carol Cleveland Roberts, who passed away four years ago and left his estate to his children, wife and brother.

Realtor Paula Roper-Bacchus of Century 21 Jamaica says the family holds all three titles to the entire property, which houses the 52-shop plaza and two apartments.

The complex was developed back in 1972 and expanded over time. The state of repair relates to the prolonged illness of the late owner, who was a dentist.

"Probate has been completed on the estate," Bacchus said.

"They [the owners] would love more than anything to sell the entire plaza to one person/company, however," said Bacchus. "All prices stated are negotiable."

"However, when the building is renovated, I suspect the prices for rent per shop could double, if not go higher than that," she said.

The realtor is pitching the asset as one with potential returns of just under 11 per cent per annum. The calculation, she says, includes rentals totalling $1.56 million monthly, maintenance costs estimated at $260,000 per month, and insurance costs of $650,000 per annum. The estimate for the renovations needed is $18 million.

About 30 shops are available for tenancy.

"I estimate that, currently, only about 15-20 shops are rented as the owners are very serious about selling the property and have notified the tenants - some of which have decided to relocate pending the sale," Bacchus said.

"The entire section located at 92 Red Hills Road is vacant. This was the section where Dr Roberts operated his offices and his muffler repair shop before he passed."

Bacchus notes that buildings can be renovated "to match the new owners' needs/desires, or demolished for a new development.

"There is ample space there to support a wide range of new construction," she said.