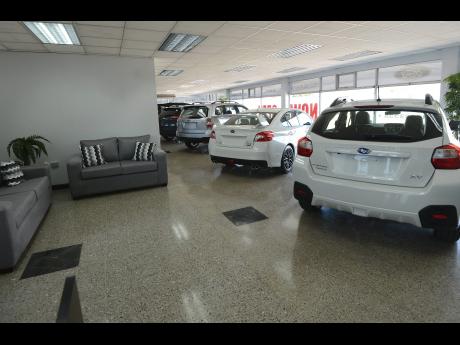 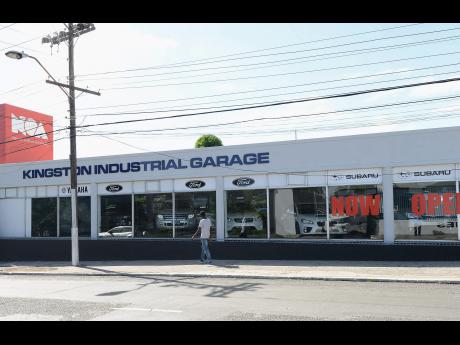 Kingston Industrial Garage (KIG) has invested in a new showroom, which the company has opened at Old Hope Road, and will be upgrading its headquarters at Spanish Town Road in phases.

The initial investment in both projects is about US$500,000 ($60 million), but marketing manager Judith Denton also indicated that there is more to come.

Spanish Town Road, which remains the hub of the business, with primary showrooms, bond store and service department, is undergoing phase-by-phase renovation, with new front fascia and fencing.

"While KIG at 381 Spanish Town Road will continue to be the hub - and is perfectly positioned for persons who work in the surrounding area or live outside of Kingston and travel in on a route that connects to Spanish Town Road, the second showroom location - with it's convenient midtown placement - is a great option for Corporate Area customers," Denton said Tuesday.

KIG is projecting that Old Hope Road will add 18 per cent to its bottom line next year, a projection based on its convenient location as well as extended opening hours, Denton said.

The company, which is led by Jeffrey Panton, deals in Ford, Subaru, Jeep (in right-hand drive) vehicles and Yamaha motorcycles.

Although declining to share actual turnover for the business lines, Denton said Ford is the bestseller, led by the Ford Ranger.

"Currently, Ford sales are on par with 2014, but with the coming to market now of the all-new Explorer, all-new Everest, and the EcoSport, as well as just-arrived Ranger stock being offered at special prices, we expect to exceed 2015 numbers," she said.

Subaru sales are up 12 per cent over 2014 year-to-date, and are expected to close out this year with 20 per cent growth, Denton said.

KIG has been a dealer for Jeep since December 2014, less than a year, but the marketing manager said the four-door Wrangler Unlimited had exceeded expectations.