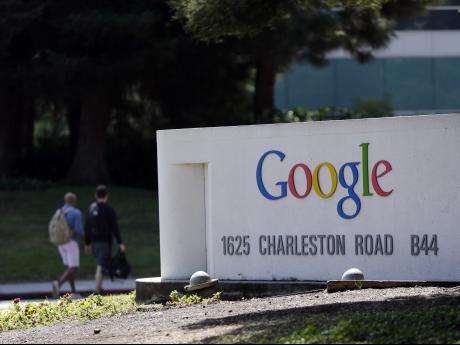 AP
In this June 5, 2014 photo, people walk past a Google sign at the company's headquarters in Mountain View, California.

Google is not violating copyright laws by digitising books for a massive online library, a federal appeals court ruled Friday in a decadelong dispute by authors worried that the project would spoil the market for their books.

The 2nd US Circuit Court of Appeals in Manhattan agreed with a judge who concluded that the snippets Google showed customers from its database did not violate copyright laws.

Judge Denny Chin ruled in November 2013 that Google digitisation of over 20 million books, mostly out-of-print titles, did not violate copyrights because the Mountain View, California-based company only showed short sections of the books in its database. Chin had said it would be difficult for anyone to read any of the works in their entirety by repeatedly entering different search requests.

The appeals court agreed, saying: "Google has constructed the snippet feature in a manner that substantially protects against its serving as an effectively competing substitute for plaintiffs' books."

It added: "Snippet view, at best and after a large commitment of manpower, produces discon-tinuous, tiny fragments, amounting in the aggregate to no more than 16 per cent of a book. This does not threaten the rights holders with any significant harm to the value of their copyrights or diminish their harvest of copyright revenue."

The three-judge appeals panel did acknowledge, though, that some book sales would likely be lost if someone were merely searching for a portion of text to ascertain a fact. It suggested that a student writing a paper on Franklin D. Roosevelt might seek to know when Roosevelt was stricken with polio. But it said the search would turn up multiple sources.

The Authors Guild and various authors had challenged Google in 2005, contending that the digital book project violated their rights.

Google Inc. has made digital copies of tens of millions of books from major libraries and established a publicly available search function. It planned ultimately to scan over 100 million books, including material from the New York Public Library, Library of Congress and several major universities.

The appeals court said Google's profit motivation does not justify denial of what is a fair use of the books' content and overall enhances public knowledge.

"We see no reason in this case why Google's overall profit motivation should prevail as a reason for denying fair use over its highly convincing transformative purpose," the appeals court said in a ruling written by Judge Pierre N. Leval. "Many of the most universally accepted forms of fair use, such as news reporting and commentary, quotation in historical or analytic books, reviews of books, and perform-ances, as well as parody, are all normally done commercially for profit."

The appeals panel said it recognised that libraries that had negotiated with Google to receive digital copies from the company might use them in an infringing manner. It said that could expose the libraries and Google to liability but called it "sheer speculation" to raise the issue now.