New ice-maker breaks into the market 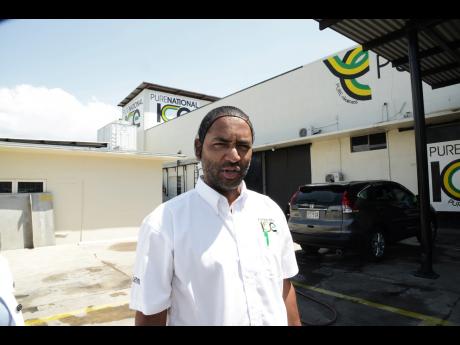 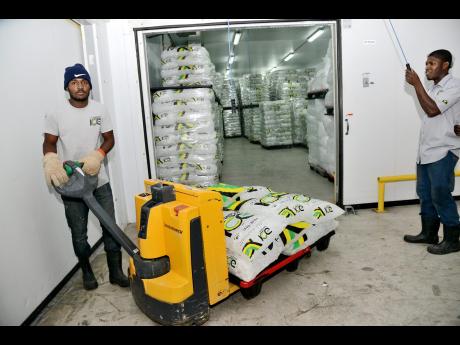 PNI has been operating for just over four months and already distributes to St Thomas, Portland, St James, and Westmoreland.

"We will cover Manchester to Santa Cruz in another three weeks," Marketing Manager David Walton said of the company's push towards the central parishes.

The principals have invested just over US$2 million to set up the new factory at the former home of Jamaica Packing Industries.

Walton said the company hopes to reach profitability within three to five years.

The owners put 70 per cent equity into the start-up, while the remainder of the financing was debt secured from EXIM Bank.

Within the ice market, Island Ice & Beverage Company - the owner of Happy Ice and Kingston - is said to be the biggest player, followed by Pure National and then Mr Freeze, according to other industry players.

Pure National currently has a fleet of four trucks, which it uses to service its merchandising machines placed in several towns across the parishes.

Outside of the traditional retail avenues such as gas stations, supermarkets, restaurants, hotels, and events, PNI has also eked out a market to serve commercial fishing vessels, Walton said.

"We can produce in excess of 60 tonnes of ice in a 24-hour period with a brand new freezer room which can hold 170 tonnes," he told Sunday Business.

With a storage capacity of 24,000 gallons, which can feed production for about four days, PNI also has a 50-tonne rake bin as backup.

"So at any point in time, we have close to 200 tonnes waiting to go to market," said the marketing manager.

"Our water storage capacity is in excess of 24,000 gallons, which ensures at any given time, and in the occurrence that there may unforeseen circumstances of drought or hurricanes, we will be well equipped to supply the market."

The company is pushing its techno-logically advanced ice-maker and purification system as its key handle over the competition.

"Like every business in today's world, new, improved technology which maximises energy and productivity is paramount for any business, and more so for a new business to be competitive in any market, gain market share, and achieve maximum financial return," he reasoned.

PNI uses only water supplied by the National Water Commission, which it puts through up to five stages of filtration, including an ultraviolet system, which it says kills 99.9 per cent of bacteria.

"It's a more expensive proposition, but that's what we want to give to customers. We want to be the brand of ice by which all others are judged," said Walton.

The process involves adding softeners to decarbonise the water; passing the water through sand and foam filters; then through evaporator, condenser and ammonia tanks before it is sent to the ice machine.

"When the ice is made, we extract the smaller pieces that are not properly formed," Walton said. These bits are collected and reused in the plant to wash the trucks and building among other things.

PNI makes 4kg and 18kg bags of ice. With a staff of 21, including management, the ice company hopes to eventually become the dominant player in a market of more than five other ice-makers.