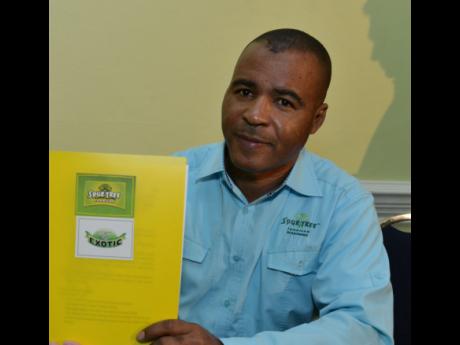 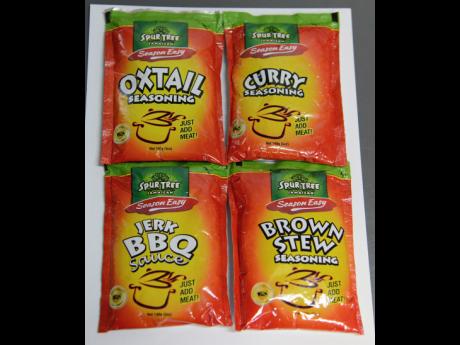 Spice manufacturer Spur Tree has created small sachets of its bottled seasonings to tap a growing local demand for more economically packaged products and is also hoping the move will increase its presence in the domestic market.

Just over a month ago, the company put out five-ounce 'one-pot' sachets of its curry, oxtail, brown stew and jerk BBQ seasonings.

The trend to go small has taken off in the beverage sector to push volumes amid contracting consumer spend, but Spur Tree Spices is the first seasoning producer known to follow suit.

"We understand the difficult economic times that people are experiencing, and not everybody can buy the bottle, which is at least three times the price of the sachets," said Chief Executive Officer Albert Bailey. "So we have developed the sachet to give people the option ... to buy three flavours with the same amount."

The larger 10-ounce bottle retails for roughly $300. One sachet of the same seasoning costs roughly $87 and can season up to three pounds of meat.

"Those persons who don't normally shop at the supermarket still have a need for something like this. The sachet will expand the market for us because we are now operating in a non-traditional space for our seasonings," said Bailey.

Spur Tree has invested around $15 million to $20 million in the sachet line, inclusive of a new sachet-packing machine, vehicles to ramp up distribution, and a marketing campaign, he said.

The company's distribution is handled by Frozen Delights, which targets supermarkets and other traditional outlets. With its new vehicles, the spice manufacturer is itself jumping more aggressively into distribution to service the new channels.

"We have put branded Spur Tree vehicles on the road that are now targeting the wholesales and small shops," Bailey said, while noting that so far Spur Tree mostly distributes in Kingston and St Andrew, but has served businesses as far away as Montego Bay.

With 80 per cent of its sales coming from exports, Spur Tree Spices is now including the domestic market in its growth plans.

"Our export market is well established and growing at a very good clip, so we are trying to get the local market growing at the same pace," the spice maker said.

Spur Tree doubled its export sales last year and is on course for added growth of "about 60-70 per cent this year," he added.

Domestically, revenues climbed 40 per cent last year, a performance that Spur Tree believes can be built on its new sales drive and economical sachet line.

Another four flavours will be introduced by December - jerk, BBQ, all-purpose seasoning, and Jamaica roast chicken - bringing the sachet line to eight products.

"What we are trying to do is get a greater presence in the local market for the brand to be better recognised," said Bailey.

Otherwise, the company plans to wring returns from its new investments through contract packaging arrangements.

"We are about to sign off another contract to produce sachets for another company in Jamaica (and) are in the process of identifying a second machine to get that purchased very quickly," Bailey said.

The machine being procured can produce sachets of one to 16 ounces.