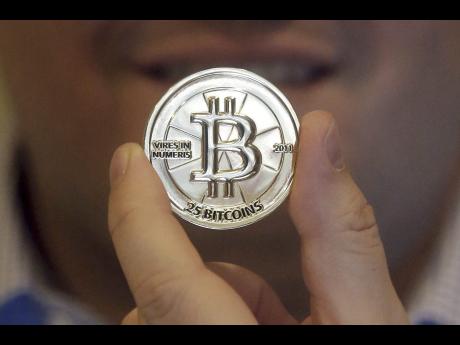 AP
A bitcoin is depalyed.

THE OBAMA administration is joining with private companies in a partnership aimed at training enforcement officials about the virtual currency bitcoin and fighting crime arising from its use.

The goals of the partnership, called the Blockchain Alliance, include educating investigators on the ins and outs of how the technology works and enhancing the reputation of a digital currency that's been associated with high-profile crime, even as it has slowly gained mainstream acceptance and legitimacy.

Its members hope to change the public perception of virtual currency and deter criminals from using it to their advantage.

The alliance announced Thursday includes the departments of Justice and Homeland Security and representatives of private companies such as BitFury, BitPay and CoinBase that are involved in virtual currency.

The name comes from the term 'blockchain', which refers to the digital ledger on which bitcoin transactions are recorded.

Supporters see bitcoin, a decentralised form of money that offers users a degree of privacy for their transactions, as a fast and easy payment system that is gaining legitimacy among regulators and businesses. New York state regulators last month approved their first licence for a company dealing in virtual currency, and online retailer Overstock.com this year installed a bitcoin ATM at its corporate headquarters in Salt Lake City.

But bitcoin's reputation has nonetheless suffered as criminals have exploited it for Ponzi schemes and as the primary currency for Silk Road, the Internet drug bazaar whose founder was sentenced to life in prison this year. Two agents from the Secret Service and Drug Enforcement Administration, who were assigned to a Silk Road task force, pleaded guilty this year to pocketing bitcoin proceeds during the course of their investigation.

"Far too many people think of bitcoin as the currency of criminals," said Jason Weinstein, the alliance's director and a former Justice Department deputy assistant attorney general.

"We think that changing that misperception, that image problem, will be good for the growth of the industry as a whole," added Weinstein, a partner at the Steptoe and Johnson law firm.

He said he envisioned the alliance as a "one-stop shopping resource" for law enforcement, with training sessions and conference calls to answer questions about bitcoin. Industry participation is intended to signal a commitment to helping law enforcement weed out criminal activity associated with the currency.

"The more law enforcement understands how this technology works, the more they can understand what they can ask for, how they can ask for it," said Jerry Brito, executive director of Coin Center, a bitcoin advocacy group and participant in the alliance.

He said the public perception of the virtual currency is reminiscent of the Internet's early days, when many saw the World Wide Web as a hub for illegal activity. Just as that association has changed over time, so too might the perception of bitcoin, he said.

"We should get to a point where we don't think badly of bitcoin because criminals use bitcoin," and part of the way to get there is to draw attention to its legitimate uses, he added.