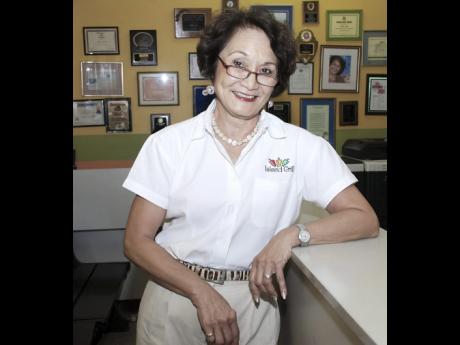 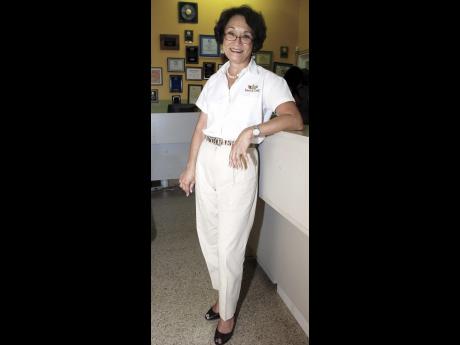 Fast-food chain Island Grill has acquired leased space for its first store in Mandeville, and its 18th overall, which will open for business in December.

That store is part of a $500-million investment, the majority of which has gone into upgrading of Island Grill's commissary at its Valentine Drive operating base in Kingston, expansion of the chain's support centre, a new wastewater treatment facility, and overall upgrades to food safety.

CEO Thalia Lyn wants to grow the company's top line through new menu items that include a 'go-lite' 500-calorie chicken meal; rollas, which are Jamaican-style burritos; and boneless jerked pork. Lyn has also eliminated free refills and introduced a larger juice-based beverage in a proprietary cup.

"We are ramping back up now," Lyn said.

She has made 50 new hires since August for the commissary and expanded catering operation. More jobs will be added when the Mandeville store opens.

"During the years when business was slow, we did not fill vacancies as staff left. Now, with the new menu items and increased revenue, we realise that we need all positions filled. Having taken out self-serve drinks, we have almost tripled beverage sales and that, in itself, requires more staff," Lyn said.

The company currently employs 640 persons across its network and will add another 40 for the Mandeville store.

"We have been working on a number of initiatives, the main one being our people plan," said Lyn, adding that staff were also being trained for upgraded competencies.

"We have a new chief operations officer on board, Derek Luk Pat," said the Island Grill CEO.

"We have been upgrading equipment and stores/facilities, especially the air-conditioning units for customer comfort and energy efficiency; have installed solar panels at our head offices, LED fixtures - all with good results."

The company is also rolling out digital menu boards.

Lyn said revenue for Island Grill has been steady year-over-year, although store revenue and transaction growth vary from store to store. She did not disclose the size of the company's total sales.

Three years ago, with 15 stores in the chain, Island Grill was turning over more than a $1 billion per year. Then Lyn said her plan was to double revenue by 2017.

Lyn is currently focused on boosting efficiencies across the company.

She turned to food-safety expert Dr AndrÈ Gordon of Technological Solutions to conduct a hazard analysis and critical control points gap audit, a transportation audit and plant layout assessment at Island Grill's commissary in a move towards in food-safety and quality systems.

"This is of particular importance as we expand the number of stores and double head office space by adding a mezzanine area over the commissary. We are imple-menting the recommendations and training staff as we work towards being certified in good management practices," she adds.

Island Grill has began the process of doubling space for administration and an expanded maintenance department.

"Consultation with t-Tech is ongoing as we upgrade and improve our systems. We will also be upgrading our point-of-sale systems, beginning with our Mandeville store," Lyn said.

The firm t-Tech offers managed IT services to companies in various sectors, including financial services, distribution, maritime and education.

Drawings are about to be submitted to the local parish council for the 3,200-square-foot Mandeville store to be set up at Midway Mall.

Island Grill was founded in 1991 by Thalia Lyn.

The commissary opened in 2011, with approximately 13,000 square feet of storage and 12 temperature-controlled production areas.

The Valentine Drive headquarters includes large kitchen facilities from which meals are prepared for catering contracts.

UPDATE: This story has been updated to remove incorrect information that tTech is a subsidiary of GraceKennedy. It is not. One of its principals was a former manager at GraceKennedy.