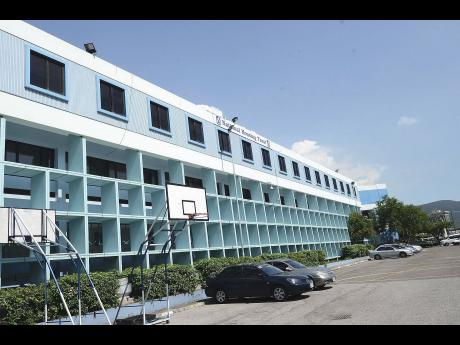 It was reported erroneously on Wednesday that YP Seaton & Associates won a case at the Privy Council against the National Housing Trust. The victory was NHT's. That story has been retracted and is hereby replaced. We apologise to NHT for the error.

A judgment in the Court of Appeal two years ago, that National Housing Trust (NHT) pay developer YP Seaton & Associates Limited (YPSA) $214 million in compounded interest charges in connection with a failed housing project in St Thomas, has been reversed by the Privy Council.

The law lords have ruled that the arbitrator should revise his assessment of the interest charges.

As a result of the Privy Council judgment, YPSA is to repay $214 million in compound interest to the NHT.

The original dispute arose from an agreement for the financing of the construction of 259 housing solutions in East Prospect, St Thomas, first made in 1995.

The development failed and was eventually taken over by the state-owned NHT. Compensation was to be agreed at arbitration.

The arbitrator, Maurice J. Stoppi, first determined in 2005 that NHT should compensate YPSA $24 million. In December 2005, NHT paid the sum awarded, but YPSA argued that interest was owing, and filed a claim in the Supreme Court.

The matter was again referred to arbitration and in May 2007, Stoppi settled on a balance amounting to $214.5 million on the principal sum of $24.325 million. The applicable commercial rate was compounded monthly. Stoppi's calculation also assumed completion of the housing project in October 1997.

However, in September 2009, the Supreme Court set aside the recommendation of compound interest and asked the arbitrator to calculate the award based on simple interest.

YPSA appealed that decision, resulting in the 2013 ruling of the Court of Appeal in the private developer's favour.

NHT went on to challenge that ruling at the Privy Council. The case was heard in June 2015 and the decision handed down this week, on Monday, October 19.

In the judgment written by Lord Mance and agreed by all except Lord Toulson, who dissented, the Privy Council ruled that "Mr Stoppi's supplementary award was not only irregular in awarding compound interest", it was "also unusual in the rates which he adopted and the total at which he arrived.

"Mr Stoppi's award of compound interest must be set aside and the matter remitted to him for him to make an appropriate award of simple interest," Lord Mance wrote.

Citing Justice Hibbert's reasoning in the Supreme Court ruling, Mance wrote that: "Nothing in the loan agreement, the compromise agreement or the reference to arbitration authorised the award of compound interest on contractor's profit. An arbitrator's only power, and his duty, in this connection is to decide according to the general law."

Hibbert had also observed that the arbitrator should have considered the provisions of the Supreme Court for interest on judgment debts.

The Judicature (Supreme Court) (Rates of Interest on Judgment Debts) Order No. 63A of 1999 provides for an annual rate of 12 per cent simple interest on judgment debts, but was reduced to six per cent per annum on judgment debts denominated in Jamaican dollars under Order 58 of 2006.

The Privy Council ruled that "in awarding compound interest in his supplementary award, Mr Stoppi therefore acted in excess of his jurisdiction and the powers impliedly conferred on him. This is a fundamental flaw which requires his award to be set aside. As a matter of analysis, he also erred in law in a manner which is patent on the face of his award, which would by itself lead to the same result."

The law lords also ruled that "neither the arbitrator's supplementary award nor the Court of Appeal's attempted rationalisation of it as depending on substantive rights can stand", and that Justice Hibbert's order should be restored.

The NHT was represented at the Privy Council by Stuart Richie, QC, and Alexander Robson, who were instructed by DunnCox and Signature Litigation LLP.

YP Seaton & Associates was represented by attorneys Karen Gough and Anna Gracie, who were instructed by Thomson Snell & Passmore LLP.

Julianne Mais Cox of the law firm DunnCox, who with John Vassell, QC, of DunnCox had represented the NHT in the Court of Appeal, said the Privy Council's decision settled a number of important principles regarding arbitration awards and the award of compound interest, and is a significant development in our law.