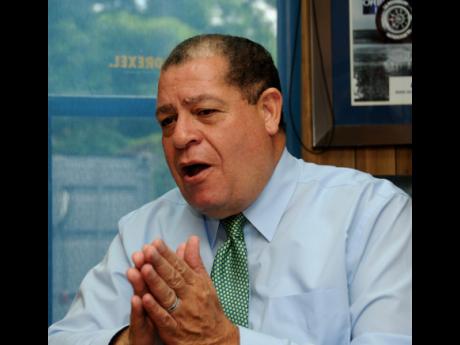 The new transfer-pricing rules under debate in Parliament have got a negative rating from the political opposition on the basis that the legislation would create more uncertainty for investors.

Transfer-pricing rules are being adjusted under an amendment to the Income Tax Act.

Finance spokesman Audley Shaw, during the debate on the bill on Tuesday, said the amendments add complex layers to taxation as a business activity, and are likely to lead to a reduction in Jamaica's 'Doing Business' rankings.

"Legislation, as currently drafted, is likely to lead to a further slide in Jamaica's ranking (147th out of 187 countries) in the World Bank index of ease of compliance for taxpayers," Shaw said.

It will also serve as a disincentive for investment, he charged.

"Capital investments are based on certainty and predictability regarding taxation, and this bill will, without question, either delay or put on hold foreign direct investment, which is a vital part of the engine of growth so badly needed to create a sustainable economy," Shaw said.

The transfer-pricing bill was tabled in Parliament on May 5, 2015, and was expected to be passed in June, but it is just now being debated. The law is still expected to be applied to 2015 tax filings.

The legislation, piloted by Finance Minister Dr Peter Phillips, is meant to curtail tax avoidance. It focuses on whether transactions between connected persons are arm's length or not, and are aimed at cross-border transactions of large corporations and conglomerates.

Payments of management fees, research and development, and general and administrative expenses, are usually deductible for income tax purposes, provided they are made at arm's length rates and the relevant withholding taxes are deducted.

In the current bill, arm's-length consideration or transfer pricing is said to mean the price which would have been obtained if the connected transaction had been with a comparable independent party.

The amendment places the onus on the person doing business to prove that the transaction is arm's length, using a method that satisfies the tax commissioner.

Said Shaw: "While existing legislation incorporates the five most common methods of transfer pricing, this legislation provides the commissioner general with the authority to use any other method he or she chooses. This does not provide investors with the certainty they need before making investments in Jamaica."

According to KPMG, in one of its tax bulletins, the legislation will apply to transactions even between unconnected parties if the non-Jamaican party is in a tax haven.

In addition, it will take into account the use of captive insurance companies, that is, insurance companies established by a parent group or groups with the specific objective of covering the risks to which the parent is exposed.

Shaw charges that the bill, as proposed, breaks from international conventions and "opens the door to a heavy hand from tax administrators".

He proposes that the rules for advance-pricing agreements - APAs - should be clearly set out before the implementation of the new transfer-pricing regime, must be approved by Parliament, and once passed, businesses should be allowed a grace period of a year to become familiar with the APA rules before they take effect.

He is also pushing for the APA regulations to be developed before the transfer-pricing bill itself is passed.

"To consider one without the other would be premature in the extreme," Shaw said.

Phillips has said the law won't take effect until the regulations have passed. He warned, however, that there would be no delay in implementing the law.

Jamaica's last commitment for passage of the legislation under its IMF-backed economic programme is October 2015.

The finance spokesman also proposed that, with the passage of the transfer-pricing law, year-old legislation that polices input GCT credit where a service importer receives imported services from a connected person, should be repealed.

The Provisional Collection of Tax (General Consumption Tax) (No. 5) Order 2014 allows the tax commissioner to deny the credits if a business cannot show that "the consideration payable by the service importer to the connected person for the imported services does not exceed the market value for those services; and the connected person has the capacity to supply the imported services to the service importer".

Shaw argued that the application of both sets of legislation would be burdensome for international businesses operating in Jamaica.

He also knocked the penalties included in the transfer-pricing bill as excessive, and said the language was unclear as to whether they would apply to individuals and who would be liable for imprisonment.

The legislation proposes fines of up to $2 million or imprisonment up to a year.

To introduce the legislation in its present form, Shaw concluded, would be "a recipe for confusion, prosecution of innocent parties, inefficient tax administration and costly litigation, which the Government cannot afford".