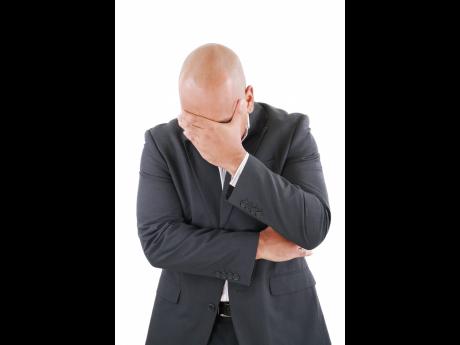 In the past few weeks, one of Jamaica's most prestigious literary talents won a major international prize.

Below the headlines, however, is the story of a writer who has exiled himself from a country he can't live in.

Is your company also discouraging some of its best people and thereby promoting mediocrity?

Maybe those foreigners are on to something after all. Parts of the world we admire the most have become more tolerant of homosexuals in the workplace, taking active steps to encourage their contribution.

I remember when I joined AT&T in New Jersey as a 22-year-old, only to be surprised at the number of openly gay individuals and LGBT support groups to be found. Like many Jamaicans who worked there, it came as a shock.

Marlon James, the 2015 winner of the Man Booker prize for fiction, describes the reason for my shock in recent interviews and articles from the New York Times and UK Guardian. He points a cold finger at those who made his life a living hell as a student at Wolmer's Boys. What strikes home is the fact that, for a year, I was his head boy.

In high school, no one would have been surprised to hear me pronounce on the beating of a suspected homosexual as something he deserved. Only four years later, I had changed. And, just in time. As I entered the American workplace, I learnt that such hateful utterances were absolutely forbidden. Most companies had an explicit and unwavering commitment to diversity.

A few years ago, I rediscovered the wisdom of their stance via the books of Richard Florida. He uncovered a clear correlation between cities' tolerance of homosexuality and their economic success. The data tells us that many creative types migrate to Silicon Valley, New York, London, and other hotbeds of innovation. They leave behind the rejection of their hometowns for welcome places.

You may agree that it sounds like a reasonable theory.

In reality, however, it's easy to see the negative side of my old, nasty intolerance. James openly identifies himself as a member of this group of outcasts. In his interviews, he describes his fear of being beaten - presumably by classmates like me.

His forced exile shows what happens when the rampant ignorance I demonstrated is allowed to grow unchecked. It chases out would-be leaders of what could become creative new industries.

Or, to put it more plainly, hateful ignorance discourages the fellow who could come up with a product or service for your company that doubles its profits in a new segment. It suffocates the young woman who has the perfect idea of how to improve your operations, as she opts instead to migrate. It starves the consultant who, in spite of his bright ideas, you shun - he's effeminate and has never been married.

This shunning takes place in subtle forms I still struggle with. Recently, on CaribHR Radio, I interviewed an expert on LGBT workplace issues. She said that most people don't want to know a fellow employee's sexual orientation, echoing 'Don't Ask, Don't Tell'.

But then she questioned me directly: "How would you respond if a man puts a picture of his boyfriend on his desk?"

I felt an old but familiar revulsion, sharply honed by my Wolmer's years. Startled and embarrassed at my unwelcome feelings, I mumbled an incoherent reply. Her unspoken question was obvious: Why should a particular employee be prohibited from doing what everyone else openly and freely enjoys?

Alas, there seem to be no easy prescriptions, but here are two places to start if you intend to promote an environment of innovation within your company.

First, assume the facts. Contrary to the wishes of many, you probably already have gays, bisexuals or employees on the 'down low'. They could be in your executive, or a sensitive position, and your acceptance of this possibility is a useful beginning.

Best for your company

Second, think of your self-interest. It might be too hard to think about doing good things for homosexuals as a group. If so, start by looking out for your own self-interest.

Your job as a manager is to do the best for your company. Indulging in revolting feelings is not in your job description. In fact, they hurt you in the long-term because you are pushing away innovative Marlon James types, or CEO-of-Apple types. These unfortunate outcomes undermine your success.

If it's in your self-interest to create more tolerance, find small steps that fit within a Jamaican context. For example, explore what multinationals do in parts of the world that are intolerant, where hate is a matter of fact and law.

I became a different person in a few years courtesy of a transformative experience. So can your workplace.

This is no idle wish. Facing down intolerance is, perhaps, one of the pathways to excellence here in Jamaica. If that's true, your firm would benefit from encouraging and protecting diversity, rather than 'loving up' mediocre sameness.

Francis Wade is the author of 'Perfect Time-Based Productivity' and a management consultant. To receive a free summary of links to his past articles, email: columns@fwconsulting.com .