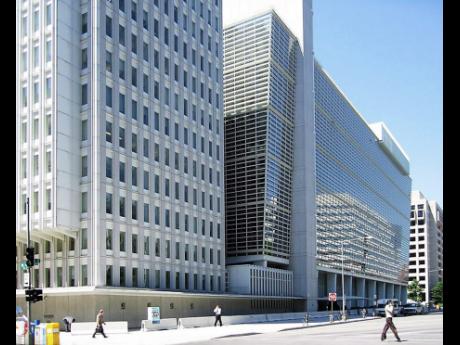 Jamaica is among countries in the Latin America and Caribbean region that recorded the most reforms in the last five years, continuing to make strides to improve their business climate, according to the World Bank Group's latest annual ease of doing business measurement.

At the same time, the report, released yesterday, said Jamaica is also among the global top 10 improvers as it implemented a regional-high of four reforms over the past year.

On starting a business, for instance, Jamaica decreased the time to incorporate a business from 15 to three days, said the report, Doing Business 2016: Measuring Regulatory Quality and Efficiency.

According to a Doing Business 2016 factsheet on the ranking trends, Caribbean economies have an average ranking on the ease of doing business of 108.

Ranking highest in the region are Jamaica (at 64 in the global ranking), followed by St Lucia (77) and Trinidad and Tobago (88).

In 2015, Jamaica achieved the Caribbean's highest ranking on the ease of doing business, jumping 36 places to 58 among 189 economies worldwide.

A change in the methodology saw Jamaica's position last year being revised from 58 to 71.

The rankings show that Jamaica's distance to frontier score was 64.68 out of 100 for 2015, and 67.27 for 2016. The measure shows how close each economy is to global best practices in business regulation. A higher score indicates a more efficient business environment and stronger legal institutions.

The bank said this year's Doing Business report completes a two-year effort to expand benchmarks that measure the quality of regulation, as well

as efficiency of the business regulatory framework, in order to better capture ground realities.

However, it noted that on the five indicators that saw changes in the report - dealing with construction permits, getting electricity, enforcing contracts, registering property and trading across borders - Latin America and the Caribbean economies have room for improvement.

The report for 2016 said Jamaica excelled in the areas of getting credit and starting a business, ranking among the top 10 economies worldwide. Incorporating a company in Jamaica takes only three days and two interactions with government agencies.

The report said three of 12 Caribbean economies, or 25 per cent, implemented at least one reform making it easier to do business in the past year. In total, seven reforms were implemented, matching the annual average of the past five years.

Two Caribbean economies, The Bahamas and Jamaica, made tax compliance easier for businesses.

On the reform trends, the World Bank said Jamaica made paying taxes easier and less costly by encouraging taxpayers to pay their taxes online, introducing an employment tax credit, and increasing the depreciation rate for industrial buildings.

In addition, it made resolving insolvency easier through several initiatives, including the establishment of a public office responsible for the general administration of insolvency proceedings.

Under its economic support programme with the International Monetary Fund, the Jamaican Government has committed to undertaking several reforms and projects to improve the business climate.

In the September 2015 report the Government submitted to the Fund's board, it noted that further actions for improving the business climate are critical.

Among other things, it said, an online system for business registration will be piloted by December 2015 and put in place by April 2016, with Inter-American Development Bank (IDB) support, with a goal to reduce the turnaround time for applications to two business days.

It has also committed to taking urgent actions to reduce the time needed for entrepreneurs to get an electricity connection. Plans foresee the automation of the work processes within the government electrical regulator and the acquisition of Application Management and Data Analysis (AMANDA) software to stream-line procedures for scheduling, inspecting, approving and certifying electrical installations.

Plans to establish a Port Community System to electro-nically integrate and streamline export and import procedures are under way. The Automated System for Customs Data (ASYCUDA), a web-based system designed to transform the Jamaica Customs Agency to a paperless operation through the use of electronic documents, and which has been acquired by Jamaica Customs, will support integrated processes/

procedures and the National Single Window.

Functions of the PCS that cannot be offered through ASYCUDA will be pursued by the private sector, possibly under a management contract, the Government said.