UK reviews powers of House of Lords after tax vote 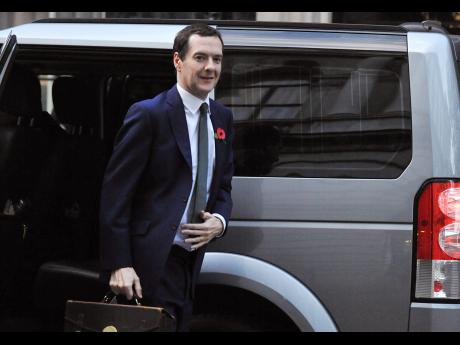 Britain's Prime Minister David Cameron is promising to review the powers of the House of Lords after unelected peers stalled legislation that would have reduced tax allowances for the poor.

Senior Conservatives expressed their fury Tuesday after Labour and Liberal Democrat members of the appointed chamber stepped out of their usual roles as technical overseers of legislation and blocked a measure designed to slash £4.4 billion (US$6.8 billion) in tax credits for parents and low-income workers.

"Unelected Labour and Liberal peers voted down the financial measures on tax credits approved by this elected House of Commons," Chancellor George Osborne told Parliament on Tuesday. "That raises clear constitutional issues which we will deal with."

Most members of the House of Lords are appointed for life by the queen on the advice of the prime minister. They include former lawmakers, civic leaders and community activists. There are also 92 hereditary peers who inherited a title from their ancestors. Of the 816 members, only 249 are Conservatives.

By tradition, the House of Lords can only revise, and not overturn, legislation passed by the Commons. But the tax-credit changes take the form of new regulations rather than a new law, so members of the Lords asserted they have the power to stop them.

The vote set off a firestorm of chatter among lawmakers and academics about the power of the Lords, in part because few grasp precisely what role the peers play in making laws. Without a written constitution, Britain has many traditions that have evolved over time - and grey areas exist.

All agree the Lords' vote to delay a major piece of financial legislation was unusual. The question is whether it sparked a constitutional crisis. The Conservative-backed government hinted it did. The opposition Labour Party argued the government was just unhappy that their measure failed.

"Instead of manufacturing a phony constitutional crisis, why won't he put his toys back in the pram and appreciate he needs to go back to the drawing board with his failed policy that hits working people the hardest?" said Wes Streeting, a Labour Party lawmaker.

Osborne said he would introduce measures to ease the transition for people hurt by the cuts, but that the government plans to stand by its pledge to reduce welfare spending and shift the burden on to employers, in part by increasing the minimum wage.

"We will deliver the welfare savings that we were elected to deliver in this Parliament," he said.

Scholars agree that if nothing else, the move was rare. Michael Kenny, director of the Mile End Institute, a policy centre at Queen Mary University London, said he believes peers were swayed by the fact that the Conservative Party election manifesto did not spell out plans to cut tax credits amid a broader drive to reduce welfare spending by £12 billion (US$18 billion). Unease among Conservative lawmakers about the pain to be inflicted on voters also played a role.

"The lords were within their constitutional right to reject this particular proposal," said Kenny. "They did it in part because of their perception that there was widespread concern about this."

The question for the future is whether the Lords will continue with this more assertive approach.

"If this were to happen again, that would be a big deal," he said.

In the past, most of the discussions around the Lords have revolved around whether they are an anachronism - and whether the upper house of Parliament should become an elected body.

"Look, I think the House of Lords is in grave danger of pushing its luck," London Mayor Boris Johnson, a Conservative member of Parliament who is widely seen as a candidate for party leader, told the BBC. "This is not what they're there to do."