Cedric Blair to transition to regional job with Diageo 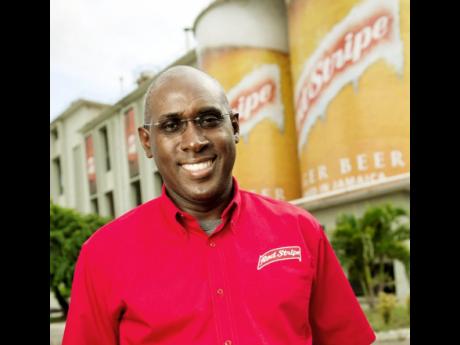 Cedric Blair has been reassigned to a regional position in the Diageo group as General Manager for the Caribbean and Central America within the beverage company’s WestLAC division, effective November 19.

Blair’s reassignment comes as Heineken, the new owners of Red Stripe Jamaica, takes charge of the Jamaican brewery. His retention by Diageo in a new position had been expected.

Blair ran Red Stripe for three years under Diageo’s ownership. He has otherwise worked with Diageo Jamaica since 1995.

Heineken is said to have already selected a replacement for Blair. The announcement will come later said Marc Busain, the regional president for Heineken Americas.

“Cedric’s leadership has certainly bolstered the foundation for Red Stripe to become a global brand while strengthening the business domestically and in the Caribbean,” said Red Stripe chairman Richard Byles in a statement Thursday. “He proudly leaves the business in excellent shape with its new owners. We will miss his passion and down to earth leadership style but we wish him continued success in this exciting new leadership opportunity within Diageo”.

Blair was recently in the spotlight because of share trades he made around the time of the sale of Desnoes & Geddes Limited, the operating company for Red Stripe, to Heineken earlier this month. He has denied any wrongdoing.