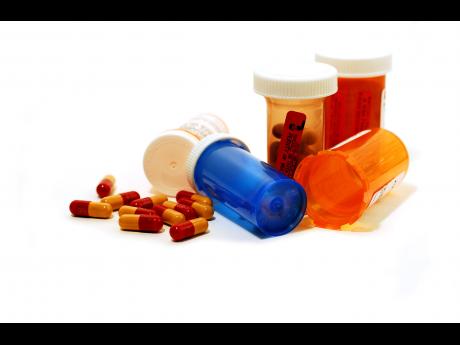 QUESTION: What is malpractice liability insurance? Is it locally available? Do public hospitals and/or regional health authorities carry such coverage? If the answer to the last question is in the negative, where does the money to compensate victims and/or their families come from in the case of injuries or deaths?

INSURANCE HELPLINE: I know a guy who is an accountant. He sits on an insurance company board. For some reason, he invariably acknowledges my presence by making inappropriate statements when we meet. The most common one is: "You are always writing about car crashes."

The tone of his voice implies criticism. My response is to ignore the comments. They are facile. His knowledge of the industry in which the company operates seems to be limited to debits and credits.

Thanks for posing these questions. They are relevant in the wake of what appears to be a series of serious breakdowns in our health-care system.

According to a report in this newspaper on December 7, 2014, another one occurred in one of the two public hospitals. Some "chronic, end-stage renal failure patients" were forced to seek treatment elsewhere due to "confirmed bacterial contamination".

In another report dated September 3, 2015, it was said that an audit found that "systems and infrastructure for infection prevention and control, in particular for the MOINA areas (maternity, operating theatre, neonatal units, intensive care and accident and emergency)" were "inadequate".

An important discussion is now taking place about some of the risks in hospitals. The shocking events that have recently been made public are symptoms of how specific types of risks are being managed - or not. They also provide examples of what can happen when things go wrong. Insurance can play a role in situations like these.

Car crashes destroy lives, injure people, and damage property. Collisions are ultimately about people. Likewise, events like these that occur in our public hospitals are only partly about accountability - political or otherwise - and protocols. They also have profound effects on people.

Malpractice is a legal term. My Law Dictionary, Third Edition, defines it as "a professional's improper or immoral conduct in the performance of duties, done either intentionally or through carelessness or ignorance" and that it is "commonly applied to a physician, surgeon, dentist, lawyer, or public officer to denote the negligent or unskilled performance of duties, resulting from such person's professional relationship with patients or clients".

Malpractice liability insurance was invented to provide protection to professionals and institutions against malpractice. According to my Dictionary of Insurance Terms, Fourth Edition, it is "professional liability coverage for a practitioner in a given field of expertise. Coverage takes the form of defending the practitioner against liability suits whether or not with foundation, and paying on behalf of the policyholder, (the professional) court awarded damages up to the limits of the policy".

There is a limited supply of malpractice liability insurance for medical professionals in Jamaica. This newspaper carried an article on June 15, 2008, that suggested otherwise. However, the article stated that an American insurance company with a local branch office had stopped writing this class of business in 2001 when "it was met with a high volume of claims ... between 1997 and the year 2000" and provided coverage for The University Hospital of the West Indies.

The Medical Association of Jamaica (MAJ) offers coverage to its members from a pool of funds. Coverage is also available from the United Kingdom-based Medical Protection Society (MPS).

A report published in The Sunday Observer on December 6, 2009, attributed a statement to the head of the MAJ Insurance Fund in which he said that slightly more than 10 per cent of the 4,000 registered doctors were insured by that body and a lower number by MPS.

Public hospitals and health authorities are exposed to malpractice liability claims because they employ consultants, doctors, dentists, nurses, and other members of the health-care team. The persons who carry out the various functions are generally considered, in law, to be the servants and/or agents of their employers.

Health-care institutions in Jamaica do not buy malpractice liability insurance from private companies. They self-insure. This means that the monies that are used to defend or pay claims are paid from the financial resources of the institution or from government funds.