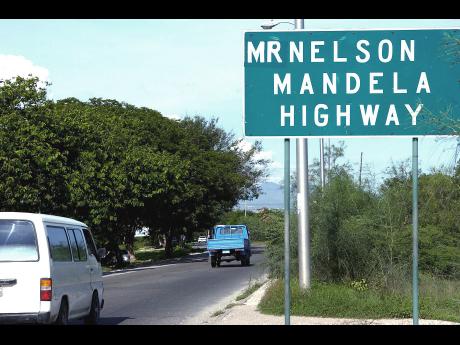 Ian Allen
A section of the Nelson Mandela Highway. 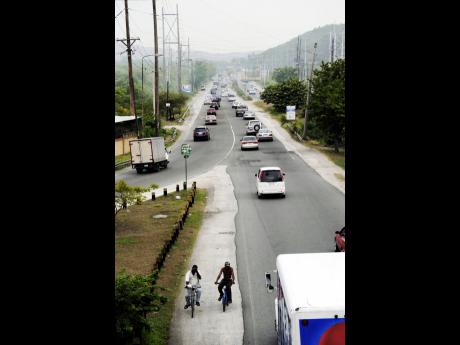 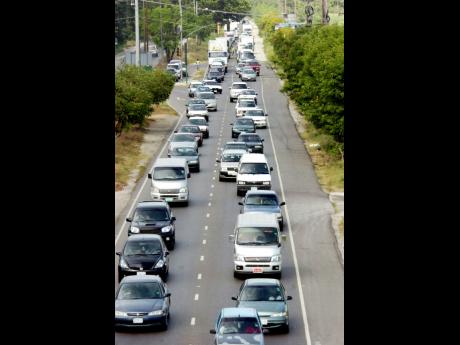 Norman Grindley
A long line of traffic on the Nelson Mandela Highway.
1
2
3

The Jamaican Government says it's not a certainty that the compensation clause in the Highway 2000 agreement will be triggered, despite plans to upgrade a competing road that could affect business on the toll way.

The clause requires Jamaica to compensate developer and concessionaire TransJamaican Highway if traffic is reduced due to improvements on an alternate route to Highway 2000 (H2K).

The Mandela Highway falls within the category of a competing road.

The government, in a ministry paper tabled in Parliament two weeks ago, telegraphed its intent to upgrade the Mandela Highway, saying Cabinet has given approval for the acquisition of seven parcels of land and 20 structures in St Andrew and St Catherine for its rehabilitation.

It says it is anticipated that the proposed changes will reduce flooding on Mandela Highway and better accommodate existing and future traffic demands.

Mandela Highway is the most heavily used roadway in Jamaica, according to the ministry paper.

The lands will be acquired between the exit ramp of the P.J. Patterson Highway on the East-West corridor of the freeway and the Six Miles bridge.

The proposed rehabilitation works include raising the highway and increasing its size to six through lanes east of Highway 2000, a project to be undertaken under the Major Infrastructure Development Programme.

Chief technical director in the Ministry of Transport, Works and Housing, Dr Janine Dawkins, told Sunday Business that the Government has not renegotiated the compensation clause in the concession agreement between the state-owned National Road Operating and Constructing Company (NROCC) and TransJamaican Highway, nor did she know of any intention to renegotiate it.

But Dawkins also said that given the way the clause is worded, the issue of compensation "doesn't automatically arise" were the Government to undertake improvement works.

"While we are aware that there may be a compensation matter to address when we do work on the Mandela Highway, because Mandela is already at capacity, it will still take motorists longer to drive the longer way around and so motorists still have their choice," she said.

According to the amended and restated concession agreement dated January 28, 2011, the H2K developer would be entitled to payment or compensation commensurate with the reduction in traffic levels that arise solely from works by the Jamaican Government that provide a new rail public transport passenger link between Spanish Town and Kingston, or enhances the speed or capacity of competing roads within the transport corridor served by the toll road.

It carves out a number of exceptions including the lower section of Washington Boulevard, Three Miles roundabout, Spanish Town bypass and Port Bustamante works, among others.

To determine the amount of compensation payable under the clause, the reduction in actual traffic levels on the toll way, if any, would be determined by an independent traffic adviser mutually agreed between NROCC and TransJamaican Highway.

Dawkins says compensation does not become an issue if there is no significant change in toll traffic levels on completion of the Mandela project.

"... There are normal seasonal fluctuations in the traffic on the toll way anyway," she added.