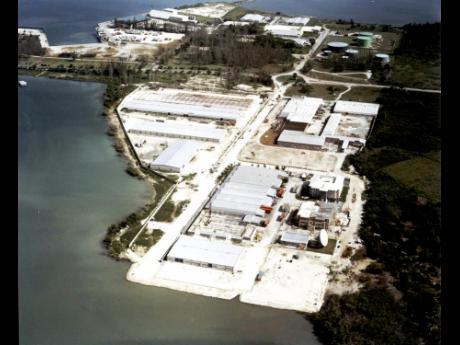 Provisions made by the Government for special economic zones (SEZs) will pose a challenge to Jamaica's still-developing revenue administration and will require strong safeguards to contain potential tax revenue leakage, according to the International Monetary Fund (IMF).

Those safeguards should include bonded warehouse controls as well as administrative penalties and other sanctions to prevent tax evasion, said the IMF in its September 2015 country report on Jamaica, following the ninth review of the four-year economic support programme.

A structural benchmark under the programme, provisions governing the tax regime that will be part of the SEZ legislation was tabled by Industry, Investment and Commerce Minister Anthony Hylton in Parliament last week, consistent with criteria to help safeguard the integrity of the tax system and avoid tax leakage.

Among the requirements is restricting eligibility to firms that meet preset criteria, thereby excluding businesses in established traditional sectors from operating in the SEZs.

Among the sanctions provided for in the SEZ bill is a fine of up to $500,000 or three months' imprisonment on a person who, without lawful excuse enters a zone without a valid pass.

It also provides for a fine not exceeding $3 million or three years' imprisonment for furnishing false information under the law.

In addition, the bill provides for a fine not exceeding $1 million or up to six months' imprisonment for any offence under the Act for which no specific penalty is prescribed.

The SEZs, which the IMF noted would have with a tax package more advantageous than the tax regime that prevails for the rest of the economy, and which will have more domestic economic linkages, will replace the existing export freezones in a manner compatible with World Trade Organization and Caribbean Community requirements.

"This initiative aims to attract new economic activities to Jamaica, including logistics," said the report the Government submitted to the IMF's executive board to support the quarterly review of the programme.

"It will support the provision of physical and human infrastructure as well as a competitive regulatory regime, and exploit synergies. Backward linkages to the rest of the economy will be key to maximising their broader positive economic impact," it added.

Legislation governing the tax and customs regimes will also be amended to work in harmony with the SEZ legislation.

Developers or master concessionaires, and occupants or subconcessionaires which will operate in the SEZs must be companies limited by shares and registered under the Companies Act.

The bill stipulates that on the effective date of the concession agreement to undertake business in the SEZs, the amount of issued and paid-up share capital of a developer should be no less than US$3 million (about J$360 million), while an occupant who conducts business in the zone under a subconcession should have not less than US$25,000 (about J$3 million) in issued and paid-up share capital.

Investments by a developer in any SEZ should be sufficient to accommodate at least three occupants, except for developers of single-entity or specialized zones.

Investments by an occupant in zone-related buildings, machines, equipment, facilities and other necessary assets during the first year of a subconcession should be valued at no less than US$50,000 (about J$6 million), and the occupant should, in the opinion of the SEZ Authority, have proven potential to extend its market beyond Jamaica and participate in global value chains.

However, the bill makes provision for a micro, small or medium-sized enterprise, which do not meet the criteria to establish itself in a zone as subconcessionaire, where it can be established that it has sufficient development potential as shown in its business plan approved by the SEZ Authority.