Financially Speaking | Housing by the numbers 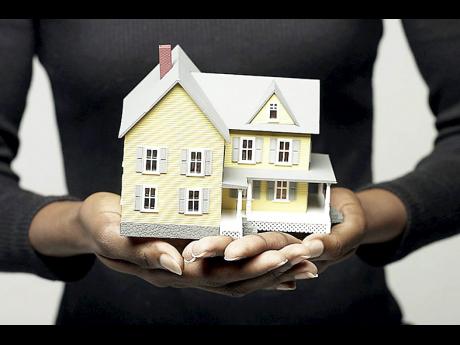 Forget that the statement was dropped in inboxes in the dead of night. Forget that it redefined medium term as two years. It still looked like good news.

Essentially, the National Housing Trust (NHT) has announced plans to "redouble" efforts to deliver affordable housing by, it would appear, tripling its capital budget.

Jamaica was told to expect within two years, this one included, the delivery of 9,000 housing 'solutions' NHT's term for both homes as well as development-ready land lots. That would mean $25 billion of spend in the two-year span on 42 different projects, some in partnership with private developers, the agency said.

At first blush it sounded good.

But on second blush and maybe it's how the release was worded that announcement then read like NHT was telegraphing a potential budget cut in its housing programme.

On third blush, it was merely confusing.

Here's why. As is normally the case, the size of NHT's annual programmes is disclosed in budget documents tabled in Parliament at the start of each fiscal year. That budget has been running at $20 billion-plus for the past six or so years, funds that are used to finance housing projects and mortgage loans.

The value placed on those mortgages was a projected $18 billion, representing 77 per cent of NHT's projected capex programme, which would leave $4 billion for housing projects. The mortgage projection aligns with previous periods and is midpoint the $15 billion to $21 billion range in the annual distribution of NHT mortgages since 2010.

But then comes NHT's two-hours-to-midnight update on Monday. That $25 billion, or $12.5 billion per year on average, sounded like NHT had taken a scalpel to its budget and wielded it like a machete.

However, if the $25 billion excludes NHT mortgage loans and is dealing strictly with the construction side of its operation, then the budget for new homes would have more than tripled in each of the two-year period.

Again, that sounds good for people looking to buy 'solutions'. But it raises another ticklish question. Recall that the budget documents indicated that NHT would be spending around $4 billion on 4,000 units this year. Now it's newly announced 'short to medium term' programme suggests the plan is to average 4,500 units in each of the two years at three times the budget.

Alongside that, the housing agency said it is spending an additional $55 billion on 'non-scheme mortgages', but puts no timelines around that titbit of information.

NHT has said it will explain the figures more clearly. It hasn't yet. So let's speculate on its 'news dump' - a term that defines releases sent to the media at odd hours.

It's not usual practice for the housing agency to go around volunteering information on its annual programmes, moreover doing so unprompted more than halfway through a fiscal year.

So it might just be a case of announcement envy, or the 'me too' syndrome.

Earlier on Monday, JEEP was in the headlines with plans to roll out $1 billion of work. Jampro, later that day, issued a release that American investors might invest in a biodiesel plant, whose operators plan to go in search of old oil dumped by hotel kitchens to convert to fuel.

Two weeks ago, the industry ministry was out with its big news of a US$350-million project to assemble vehicles and do something with energy in Spanish Town. Before that, the tourism ministry had been aggressively touting a new wave of hotel investments, both directly and via proxies, including a near US$1-billion 4,000-room development for St Ann.

Perhaps it was inevitable that NHT would want to be part of the news train, especially since some of its projects are already under way, and not just promises of spending.

The agency remains the single largest provider of housing and mortgages. But its deliverables are well below the needs of the market. So it has a lot of work to do.

There was a time in 2010, however, when the agency confessed that 80 per cent of contributors could not afford its loans for the houses it sells, even though they are among the cheapest around. Last month, NHT again acknowledged that hundreds of homes assigned to approved applicants never get taken up by the first in line.

This creates a true dilemma. People want houses but can't pay for them. The last known housing survey done around 2006 identified a housing need well north of 400,000 units. At the current pace, it could take close to a century to fill the demand. Still the same survey had counted effective demand those ready to buy at around 100,246, or 23 per cent of total need.

NHT Chairman Dr Carlton Davis has said the agency is "aggressively redoubling its efforts to fulfil its mandate of making it easier for Jamaicans to own homes".

Unless that means a heck of a lot more housing subsidies, or the slashing of low-end mortgage rates closer to zero, a good portion of those promised 9,000 units may end up on the market as investment properties rather than dream homes.