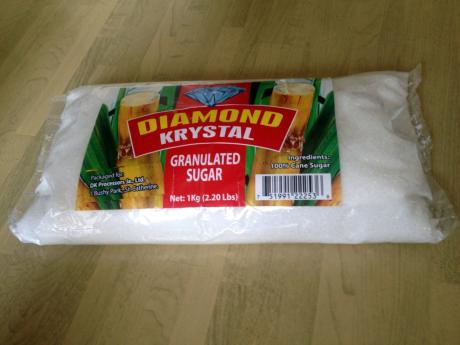 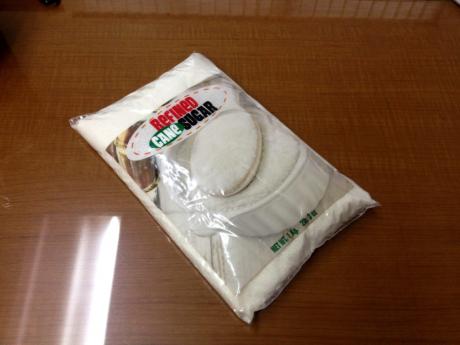 A new refined sugar trader has entered the Jamaican market with a product packaged for retail shelves, even as controversial reforms to centralise the market under Sugar Industry Authority's (SIA) control are at an impasse.

Outside of its address at 1 Bushy Park in St Catherine, little else is known about the company that Companies Office records describe as a manufacturer of seasoning, spices sauces and condiments.

The labelling of the product suggests that Diamond Krystal is 'packaged for DK Processors' by a third party, but the company has declined to speak in detail about the business.

"Our trade business is not something that I want to divulge," said company director Franklin Mullings, who nonetheless promised more details would be available in another few weeks.

DK Processors "is not fully set up as yet," the businessman said.

All of the refined sugar consumed in Jamaica is imported. The market currently operates on two tiers a retail segment that pays duty on its imports and distributed to grocery stores; and volumes used by manufacturers as raw material input, which are imported duty free.

The Government has been trying to reform the market for the past year to centralise it under the Sugar Industry Authority in order to arrest alleged leakage of duty-free sugar into the retail market. All imports require permits from the Trade Board.

Industry regulators said this week that the new market entrant is unknown to them. Trade Administrator and Trade Board CEO Victor Cummings said the agency has "no record" of DK Processors as importers, but he did not rule out other possibilities, saying: "Unless it is somebody else (doing the importations) and they are just the distributor for them."

Some 82 entities are now licensed by the Trade Board to import refined sugar. Permits are issued on the recommendation of the Trade Board's Sugar Advisory Committee, after reviewing import applications.

Jamaica Manufacturers' Association (JMA) and the Government collided last year when the agriculture ministry moved to reinstate the Sugar Industry Authority as the sole importer of refined sugar to stem, what it said, was the leakage of the product into the retail trade.

SIA would then distribute the product through an agent, which was widely expected to be Jamaica Cane Product Sales.

The agriculture ministry also proposed a US$35 per tonne cess on refined sugar, which was also met with pushback from food processors and other manufacturers.

The ministry argued that the leakage was robbing the Treasury of tax revenue and that its plan was meant to cauterise it. But the processors fought the proposal on grounds that it would add significantly to production costs and that dependence on a third party for supply of a key input could delay their production schedules.

In the early stages of the fight, the agriculture ministry appeared to be holding its ground, but this week SIA boss George Callaghan said his agency still has "no control over the refined sugar imports at all", and that discussions were ongoing.

"The current situation is as it was in 1994 where as, if they want refined sugar, they simply get a licence from the Trade Board and import. They don't have to come to the SIA at all," Callaghan said.

"What was being contemplated is that we should go back to the pre-1994 situation, where all refined sugar would be imported through the SIA or its representatives, (but) no decision has been made yet. There is still discussion on it with the JMA about how this could be implemented," he said.

Mullings has refused to divulge the source of the sugar packaged under DK's brand. He said, however, that DK Processors will eventually begin importing the commodity, which it would distribute for an already established supplier.

"We are going to be doing both," Mullings said of the company's evolving business plan.

JCPS, whose brown and white sugar products are packaged by contractors Caribbean Depot and retailed from some of the same shelves as Diamond Krystal, says DK Processors and its product are also unknown to them.

"I only know it because we saw it on the shelves," said JCPS head Karl James.