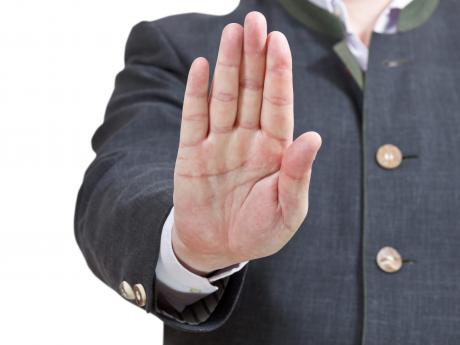 While top executives are known for their unearthly ability to push themselves, it often isn't enough.

They also need to demand high performance from their direct reports that is, persons who report directly to them to prevent their organisations from drifting into sorry mediocrity.

Why, at this time, has their ability to direct their subordinates become so important?

In some ways, this recession has been good for Jamaicans. It is pushing us to work longer, harder, and smarter in our need to do more with less. When there's less revenue available, our companies like individuals are learning to operate in a leaner fashion in order to do things they have never done before.

This may sound good in theory, but how does this translate into actual, on-the-ground behaviours? If you are an executive, how should you relate to your direct reports?

First, never allow coasting. In the local corporate set-up, even if you found yourself in a job with a steep learning curve, there was always a point at the top where you could stop pushing yourself. You could relax and enjoy the fruits of your initial hard work.

However, in today's recessionary environment, savvy executives realise that there is no such place. That is, no one should expect that there will ever again in our lifetime be a time to coast along, with spare time to smell the roses.

Today, it's all curve. At the 'top', you should expect another curve. And then another.

As an executive, it's your job to create challenges that is, new curves for your people much in the same way that a coach motivates a team. Good sales executives are expert at this task, but now, every other manager must do the same with their direct reports.

They may hate you for it, but it's not personal. The recession is hitting every business in Jamaica hard, especially those that earn no foreign exchange and have no overseas customers.

All you are doing by asking for more is aligning your subordinates with reality. It's a difficult task to accomplish, but you cannot wait. Your company must stretch itself to achieve the seemingly impossible long before things start to break.

Entrepreneurs face the relentless pressure of bi-weekly payroll, monthly tax obligations, and daily cash-flow crunches. By contrast, your company's employees are traditionally protected from these stresses if they work for medium to large enterprises. It's been clear.

In exchange for a long-term, regular salary, they have got by with few responsibilities, standard hours of work, and only vague requests to learn new skills.

In times past, this was the accepted status quo. In response to a global recession, your direct reports need to strip this protection away so that your company can compete.

Case in point: A Florida-based contractor explained to me that he stopped hiring fellow Jamaicans long ago. According to him, his new Mexican employees work all day, taking only a single, 10-minute break for lunch. He could not find enough Jamaicans with that work ethic to employ them.

In like manner, the recession has brought global pressures on local companies that none can avoid. Top managers must expose employees to these outside factors, which demand greater individual production. The fact that these improvements must take place without the benefit of additional tools, training or remuneration is not unfair it's just life.

Take people on board who demand more of themselves. Usain Bolt has set a good example in publicly asking more of himself. In his commitment to break the 200 metres world record, he admits that he's now older and more injury-prone.

Unfortunately, most employees aren't like Usain. They don't set such difficult goals for themselves. It's up to your direct reports to recruit the rare people who have this mindset. One shortcut is to borrow the HR best practice used to weed out the ones who aren't up to the challenge.

It's easy. Just walk them through the worst possible day they could have if they accept the new role. This simulation provides them with a reality check that tells you, by their reaction, if they have what it takes.

If you believe that you are already hiring the right people, here's one way to see if they are being challenged appropriately. Form an internal focus group of your most recent hires from full-time tertiary institutions. Ask them to be honest: "In order to fit in, have you scaled back your initial drive and effort since joining the company?" Allow them to share their shock at how little actual work gets done.

A company that creates the right culture must energise newcomers and employees alike to increase productivity.

As a top executive, the only way to get that done is through your direct reports who must translate a continuous pressure for high performance into practical action. It's the only way to assure your company's survival.

Francis Wade is a management consultant and author of "Perfect Time-Based Productivity". To receive a Summary of Links to past columns, email: columns@fwconsulting.com