Insurance Helpline | Claims that fall through the cracks 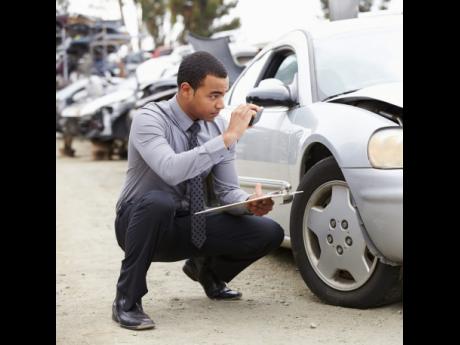 QUESTION: I have a major problem. My taxi was involved in an accident which was caused by another vehicle on October 8 this year. It is insured under a comprehensive policy. An estimate of repairs was prepared two days later and sent to my insurer. The vehicle has been in the garage unrepaired for about three weeks. According to the insurer, the repairs have not been authorised. The accident was not "entered into the system". The brokers told me that I will only be entitled to loss of use for the time that the car was being worked upon. The start date will begin the day insurers have authorised repairs. This is most unfair. Can you help?

HELPLINE: Your email was a godsend. It allowed me to honour the promise I made on October 18 to examine the insurance regulator's Guidelines on Market Conduct for Insurance Com-panies and Intermediaries. This will be done "in the context of actual customer experiences".

Are the new rules that were introduced nearly 18 months ago in relation to the settlement of claims being applied? Have they had any impact? Did they go far enough, or are consumers better off?

Fate also played a part when I sat down to write this article. A piece from The Post Magazine, a leading United Kingdom insurance publication, came across my desktop. The headline, "Time is Money: Under New Enterprise Bill, Insurers Could Be Hit Hard, If They Don't Pay Claims in Time", is very relevant to your situation, and my review of the local rules, and to the two-part article "Are Insurance customers treated fairly?" that I wrote 11 months ago.

You provided more information when we spoke by telephone. This occurred on the same day that you wrote. You live and work in North America. In June of this year, you got a bank loan to buy a motor vehicle. It is operated as a public passenger vehicle (PPV).

You have all the official permits to use the vehicle for this purpose. The loan charges are about $40,000 each month. The taxi, which operates five days per week, earns $4,000 per day. You lost income of about $60,000 over the three-week period. Even though the vehicle has been off the road, you still have to money to repay the loan.

We agreed, taking into account the loss that you are likely to suffer, that you would contact the insurer by telephone that same day. You would demand that the company issue immediate repair instructions. You wrote me later to say that "the claim was sent to the assessor yesterday, so that's good news".

It is good and bad news. The bad news is that you will end up with a $100,000 hole in your pocket. This is because the third-party insurers - who are liable to pay your loss-of-use expenses - are unlikely to reimburse the monies the taxi did not earn while the vehicle was sitting idle in the garage. Your policy specifically excludes loss-of-use expenses.

I would be very surprised if your insurers, in a spirit of generosity, were to pick up the tab for those earnings. The end result: You are likely to end up losing money while being insured because of an accident that was not your fault.

Could the insurance regulator's market conduct guidelines have changed that outcome? Item 5 of the general principles of the guidelines on motor insurance claims - IR-GUID-09/08-0014 - does not, surprisingly, apply.

If liability was not established then, by my reading, the payment guidelines do not come into operation. This means, in other words, that the claim you submitted appears to have fallen into the cracks for a three-week period insofar as the said guidelines - which were drafted a few years ago - are concerned.

Section 11 of the 2014 guidelines also deals with claim handling. It refers to the more specific elements of the earlier rules that apply only to motor claims and also to Section 135 of the insurance regulations. Once again, because your claim "was not entered into the system", it appears to have fallen into no-man's land - contractual and regulatory. Had the earlier guidelines been more precise, perhaps the regulator could have twisted the arms of your insurer.

The new Enterprise Bill, which went through its second reading in the UK's House of Lords on October 12, provides an excellent example of how far the pendulum has swung towards consumers and how far we are behind.

When passed, insurance companies there will be required to comply with the new law. It will create an implied term obliging insurers to pay claims within a 'reasonable period of time'. Policyholders will be entitled to remedies - including unliquidated damages - if insurers breach that term.

The aim of the bill, according to the two solicitors who wrote the article, "appears to be to help policyholders who are disadvantaged by delayed insurance payments such as SMEs and unable to trade". It also recognises that insurers should have a "reasonable time to investigate and assess claims".

The proposed new law, when coupled with the 2015 Insurance Act, suggests that we should rethink some of the laws and regulations that govern the practice of insurance and how the regulated entities operate.

n Cedric E. Stephens provides independent information and advice about the management of risks and insurance. For free information or counsel, write to aegis@flowja.com.